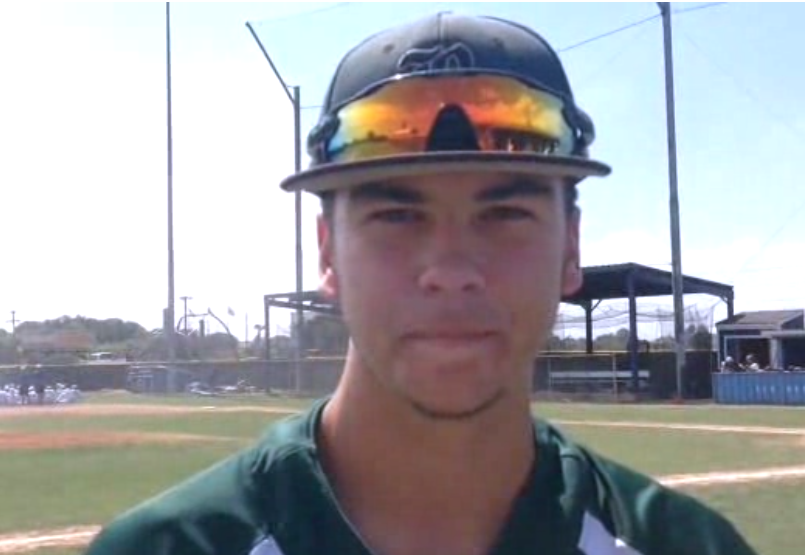 Two players who came up big for Reagan on Saturday were relative unknowns at the beginning of the season.

Sophomore pitcher Cal Carver was deep in the pitching rotation, while senior Reece Sinclair was getting adjusted to newfound playing time. In Game 2 of a first-round Region IV-6A series against New Braunfels, Carver started on the mound and Sinclair made sure he picked up the win.

Sinclair’s three-run home run gave Carver the run support he needed in a 6-2 win over the Unicorns.

“I’ve just been waiting to play in the playoffs my whole life,” Sinclair said. “Getting the big hit, I finally got one. It felt good.”

The blast over the tall right-field wall at Unicorn field pushed Reagan (21-9) into a second round match-up against Corpus Christi King, which eliminated Brandeis on Saturday.

Sinclair was in and out of the lineup as a junior before being named Reagan’s starting third baseman at the beginning of the season. He lifted a ball into the Hill Country wind and over the wall in the fifth inning, which put the Rattlers ahead for good.

New Braunfels (13-14-1) took the lead in the first inning after Dean Salazar’s two-RBI double. After that, Carver settled down. Senior Andres Sosa (signed with Texas) relieved the sophomore in the fifth and picked up an eight-out save.

Carver pitched in a few tournaments early in the year and was moved up from the junior varsity team late in the regular season.

He allowed four hits in 4 1/3 innings of work and helped Reagan maneuver out of a jam in the fourth inning.

Carver, with help from Sosa at shortstop and a New Braunfels base running error, kept the Unicorns scoreless after they had runners on second and third base with no outs.

“He’s had good enough stuff to where if he throws strikes, he gives himself a chance,” Reagan coach Chans Chapman said.

Now Reagan will face King, which beat Reagan in Laredo’s Border Olympics tournament earlier in the year. Back then, Carver and Sinclair potential was yet to be seen.