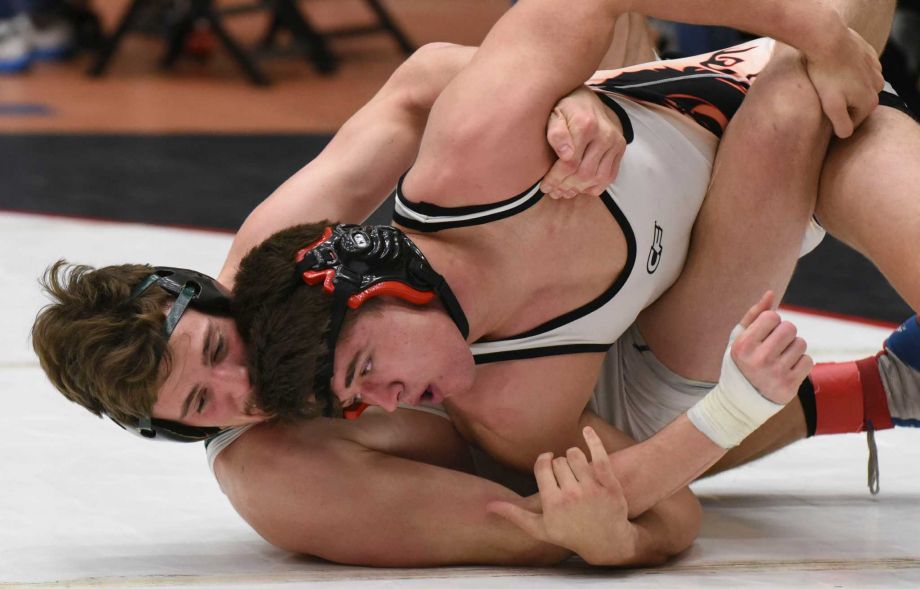 Before this weekend, Reagan’s Payton Turbyfill felt as if his wrestling career was better suited for a witness protection program. No matter, it seemed, what Turbyfill did — such as growing an eye-catching mustache — he was pretty much an afterthought on the big stage.

Turbyfill defeated Churchill’s Mark Lozano 11-4 Saturday to capture the gold medal in the 170-pound division at the Region IV-6A tournament at Littleton Gym. The senior improved to 47-0 heading into the UIL state championships, Friday and Saturday at the Berry Center in Cypress, near Houston.

The top four finishers in each division advanced to state.

“Before this tournament, I didn’t think anybody really knew who I was,” said Turbyfill, who scored nine unanswered points at one juncture to prevail after Lozano tied their match at 2-2. “Coming out here, people not knowing who I am, then coming out here and winning regionals is awesome.”

While Turbyfill, who was voted the outstanding meet’s outstanding boys wrestler, might have had an identitiy crisis, Churchill’s Tim Edmonson and Lee’s Angelina Gomez are no strangers to the bright lights. Each repeated as regional champion, with Edmonson (28-0) defeating MacArthur’s Gustavo Tijerino by fall, and Gomez (28-0) topping La Joya Juarez-Lincoln’s Leslie Oliva 8-1. It was the second year in a row that Gomez defeated Oliva, the 2014 regional champion and state finalist, in the regional final.