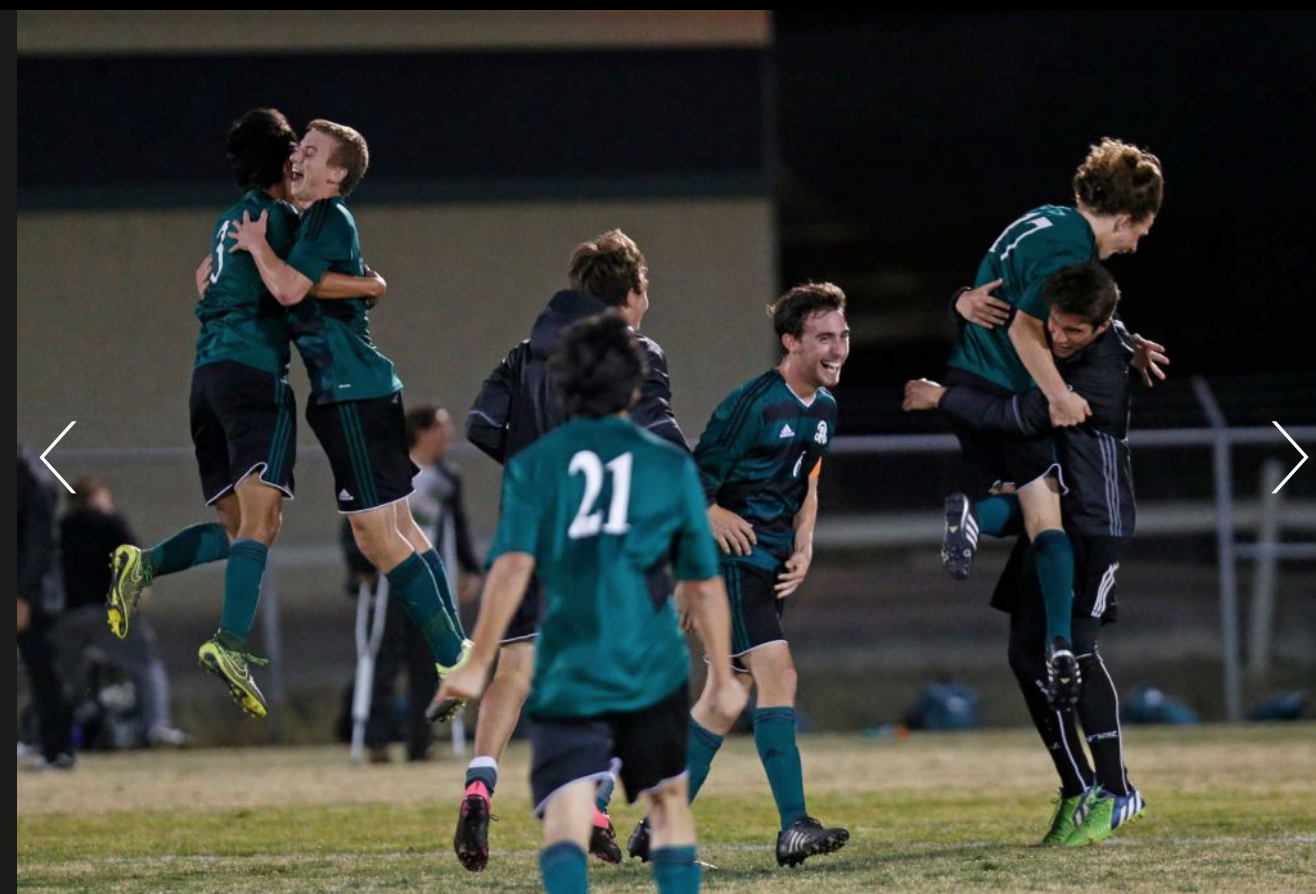 February 19, 2016 – As he ran onto a ball and raced down the sideline in front of his bench, Reagan’s Emiliano Cuadra’s mind was clear. He wasn’t thinking that the moment might be his team’s last, and best, scoring opportunity.
He didn’t ponder the earlier missed opportunities that could have long made a difference in a tightly contest match.

No, there was only one thing running through Cuadra’s thoughts — to come up big in the clutch so that not to be on the receiving end of his coach’s wrath.

“I was just thinking I better make this so I don’t have any trouble with coach (Gilbert Villarreal) after the game,” he joked.

It’s safe conclusion that Villarreal had no qualms with his senior forward.

Cuadra scored with just under seven minutes remaining as No. 2 Reagan outlasted No. 3 Lee 1-0 Friday in a showdown for first place in District 26-6A before a standing room-only crowd at the Blossom Soccer Stadium.

“It was two good teams and both fought hard,” Villarreal said. “Sometimes you have to get a lucky bounce.”

Soccer is a game often about timing and metric, and that was the case in this encounter. For 74 minutes, both teams were left to consider what might have been if a shot was an inch lower or to the right or left, or if a team’s pass was made a second sooner to avoid a goal-denying offsides.

With two of the area’s top goalkeepers — Lee’s Victor Rodriguez and Reagan’s Maurico Albo — roaming, both team had little room to strike.

Cuadra tracked down a ball, got around a Lee defender, and put a shot inside the right post with 6:47 remaining in a contest featuring team’s that shared the 26-6A championship a year ago.

“I believe it was just the team that fought off the longest, and I feel like we held our own the whole game,” Cuadra said. “That’s just how soccer is. You can get one quick breakaway and it’s a goal and you win.”