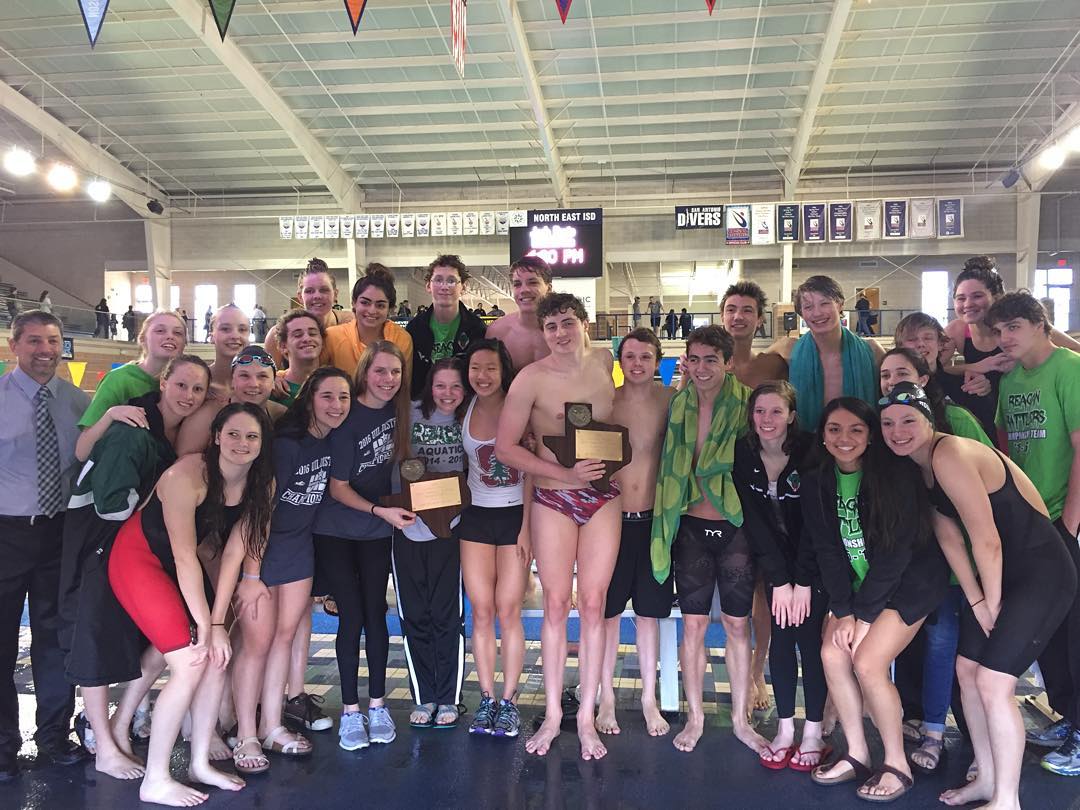 Reagan senior Hannah Middleton wasn’t the least bit surprised by what transpired at Saturday’s District 26-6A swimming championships at the Davis Natatorium. She, after all, said she envisioned the outcome.

But even putting Middleton’s Nostradamus impersonation aside, what Reagan’s girls swimming team accomplished was a display of rare dominance — even in the swimming circles of the North East ISD, which has produced more than its share of Olympians, All-Americans and state champions. The Rattlers won all 11 races, racking up 216 points and beating the rest of the field by nearly 100 points, en route to their sixth league championship in seven years. Johnson was second with 119 points, followed by Churchill (97).

“It’s the last one, so it was a great meet,” Middleton said of her final district meet. “I’m just really proud, as a team captain, of all everybody accomplished. It’s a good experience for our team.”

“Just faith, and what my coach has done,” Feng said of her success. “We have a really great team, with a lot of great swimmers.”

Rachel Rodriguez recorded four victories, including the 500 freestyle (5:01.66) and 100 backstroke, while Katelyn Bartley, Middleton and Sammie Antonacci each had two wins.

“They were very focused this last week, with the intent of swimming well at finals,” Reagan coach Mike Sansavera said. “I know that they swam very well, so I’m very proud of them.”

The Reagan boys didn’t win every event like their female counterparts, but they weren’t far off in the feat. They won seven of 11 races en route to their fourth straight district title, racking up 191½ points and topping second-place Churchill (113½) by nearly 80 points. Junior Zachary Yeadon led the way, winning the 500 freestyle in a meet-record 4:30.94. The former mark was 4:35.53, set by MacArthur’s Shane Kleinbeck in 2010.