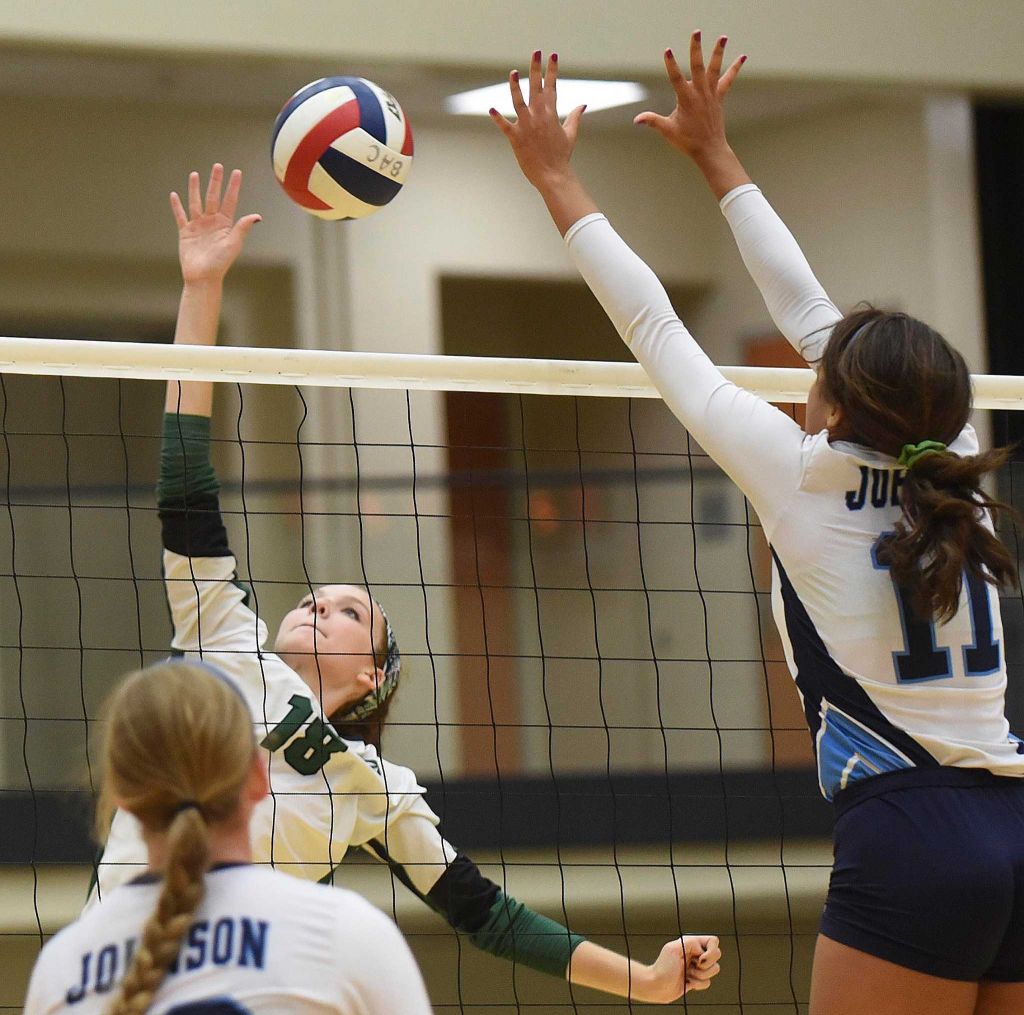 Top-ranked Reagan had waited for this moment for days. It was another occasion that would serve as an indicator of just how much the team had grown.

So when the Rattlers’ anticipated District 26-6A showdown against No. 7 Johnson started nearly an hour later than scheduled because of three preceding sub-varsity matches, they didn’t get rattled.

“We just knew we needed to have really high energy,” Reagan sophomore Camryn Ennis said. “So we came out and started yelling and screaming, and we just picked each other up really well. I think that gets us hyped and ready to play.”

The Rattlers used late rallies to capture the first two sets. They never trailed in the third set, building advantages of 7-1 and 20-8 behind the attacking of Ennis, who finished with a match-high 13 kills.

“I think we’ve progressed a lot,” Ennis said. “We grew a lot as a team last year, and this year all the young ones are continuing to grow.”

The Rattlers used a 5-2 run to pull away from a 19-19 tie in the second set to prevail. Lauren Schilling and Tori Hinojosa each had blocks, while Faith Squier and Ennis had a kill apiece during the run. Schilling had four blocks.

Hinojosa finished with 22 assists, Lydia Niebla had 19 digs and Faith Horan chipped in an ace.

The Jaguars erased three of the set points thanks to two Reagan errors and one of Adonica Wright’s four blocks, but the Rattlers secured the frame on a kill from Squier.