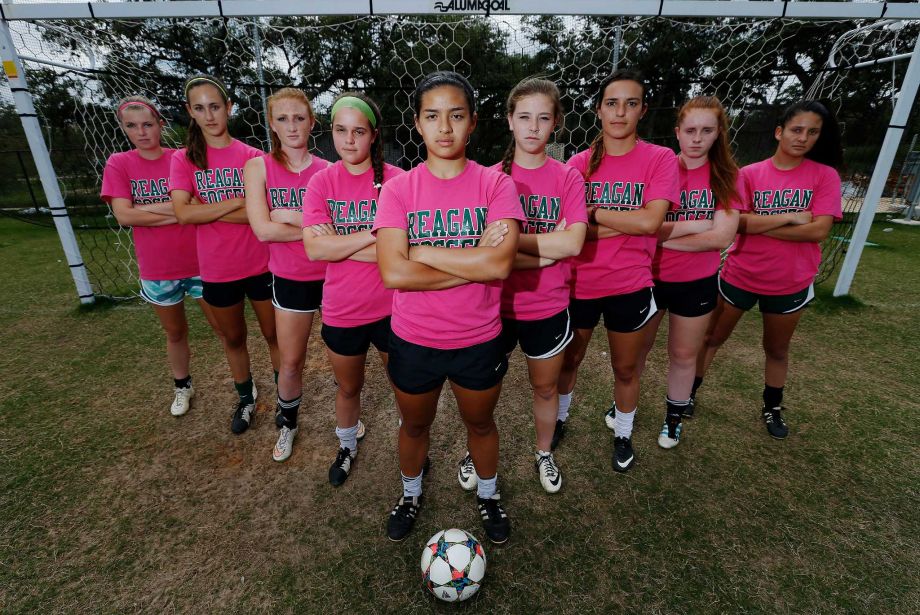 Reagan senior Kayla McConnell couldn’t quite grasp what was going on at first. She would enter a soccer game, but was summoned back to the sideline before she could make her presence felt.

McConnell was at a loss trying to understand Reagan coach Frankie Whitlock’s new yo-yo substitution pattern. Was she not playing well? Did she not do what her coach had wanted?

“It’s kind of frustrating when you can’t get into the rhythm of the game when you’re out there for only a couple minutes, but the bigger picture is it’s helping the team,” McConnell said. “That’s all that matters.”

McConnell is one of the key reserves who have played an integral part in the Rattlers (21-2-2) advancing to the UIL Class 6A state tournament for the second straight year and for the fifth time overall.

Reagan plays Coppell (26-0-3) at 9:30 a.m. Friday in the state semifinals at Birkelbach Field in Georgetown. Coppell is No. 1 in the Soccer Institute at Montverde Academy Fab 50 national rankings.

“We’re going to go play our game and concentrate on what we’re doing,” Whitlock said.

This season, the Rattlers’ game has been using a deep, talented bench to keep their level of play high while also wearing down the opposition.

“We have basically two teams,” Reagan senior starting forward Sophia Acevedo said. “We can sub, and the level stays high. By the second half, (the other team is) just winded.”

The Rattlers’ 2-1 victory over Los Fresnos in Saturday’s Region IV-6A final in Brownsville was an example of such. Los Fresnos led 1-0 at halftime, but its bid for an upset was dashed as Reagan wore it down over the final 40 minutes.

McConnell scored the pivotal tying goal early in the second half. In the Rattlers’ 2-0 victory over McAllen Memorial in the regional semifinals a day earlier, Devyn Hagan, another key reserve, tallied the game-winner.

“They know that if they’re not doing a satisfactory job, there’s two more girls in line that can take their place and let them catch their breath,” Los Fresnos coach Marissa Wood said.

Yet, it wasn’t until a few years ago that Whitlock begin to embrace the concept. The veteran coach had long believed playing primarily your starters gave a team the best chance to win. But when late-season injuries played a part in a promising season ending early than expected, Whitlock knew an alteration was needed.

“When I’ve been doing this as long as I have, you have to look at changing with the times, and that has really paid off for us,” Whitlock said.

It’s an approach the bench players take to heart.

“I know that every single player on the team is equally important, and I know that I have the same job as the starters have — to get on the field and to score,” Hagan said.

A family affair: A month ago, Fred McCollum guided D’Hanis to the UIL Class A girls basketball state tournament.

“For us to get to go (to state) two years in a row is pretty sweet, but to get to watch my brother have that success, I think it’s real special,” Kate said.