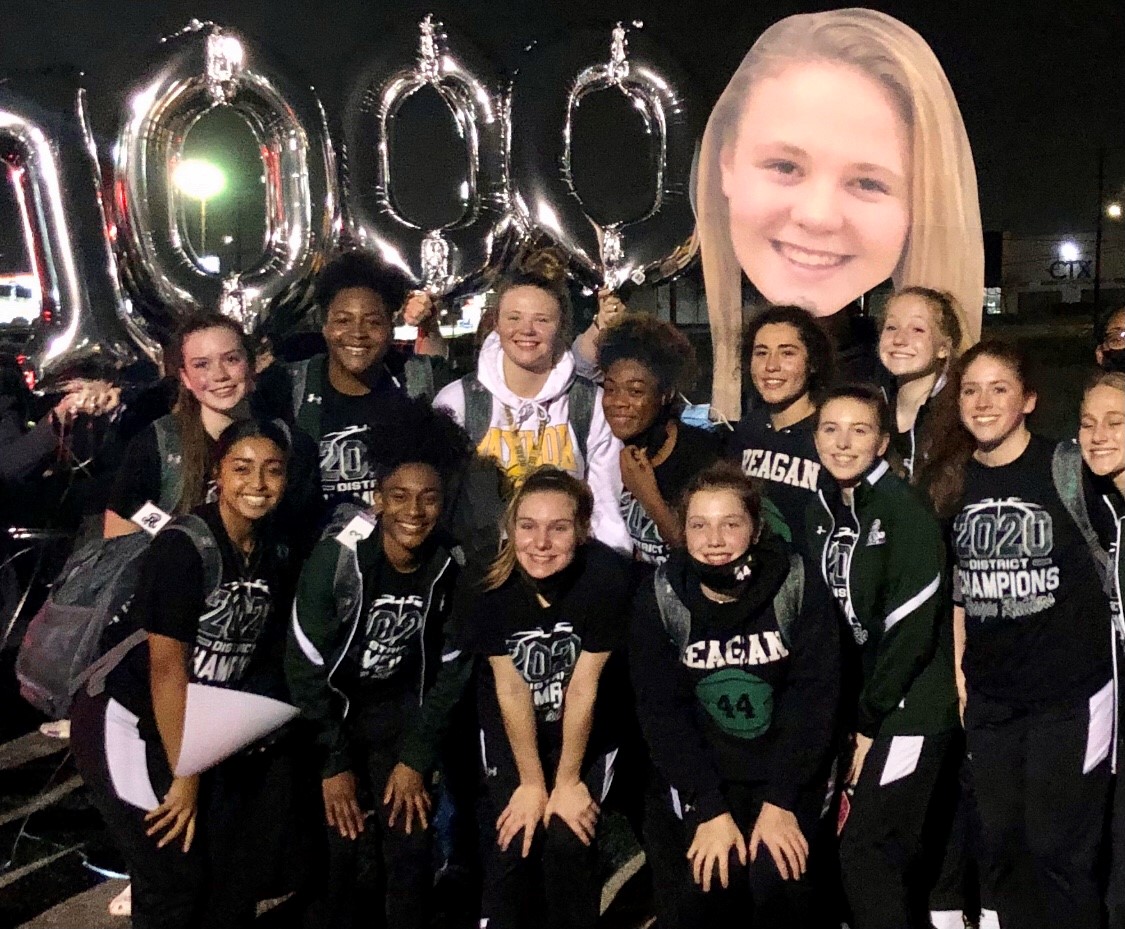 After running the table in the first round of District 28-6A play, the Lady Rattlers suffered a rare district defeat during the semifinals of the NEISD playoff-seeding tourney, losing by 10 to a determined NISD Brandeis team Tuesday February 2nd.  The loss resulted in moving into the third-place game against Johnson.

The Rattlers rallied in the rivalry game Friday night, storming out to a 24-5 first quarter and never looking back, culminating in a 70-41 win and the third place spot for playoff seeding.   Sophomore Samantha Wagner had a career-high 34 points in the win to go along with 12reb/5asst/2blks.  Wagner also secured her place in the Reagan history books with both the most points ever scored in a single game, breaking the record set by Dru Tomaszewski in January of 2003, and being the ninth player in Lady Rattler History to score at least 1000 points in a career.  Wagner has achieved the milestone as a sophomore, the first Rattler to do so.  Wagner has also surpassed career 500 rebounds and moves into number six all-time for career rebounds.

Additional standout play in the Johnson game included Junior Christeen Iwuala, who scored 22 points and added 17 rebounds to move her into third all-time in career rebounds for Reagan.

Senior Breck Bormet scored eight points including two three-pointers, and Junior Kelsie Hawkins stuffed the stat sheet as usual with 7reb/4asst/3stls, and is knocking on the door of Reagan career assist and steal numbers herself.

UIL playoffs kick off for the Lady Rattlers Thursday, February 11th when they’ll take on Cibolo Steele in the first round matchup.  Time and place to be announced, and the Rattlers need your support!  Please check back on social media and the Rattlersports website for updates!