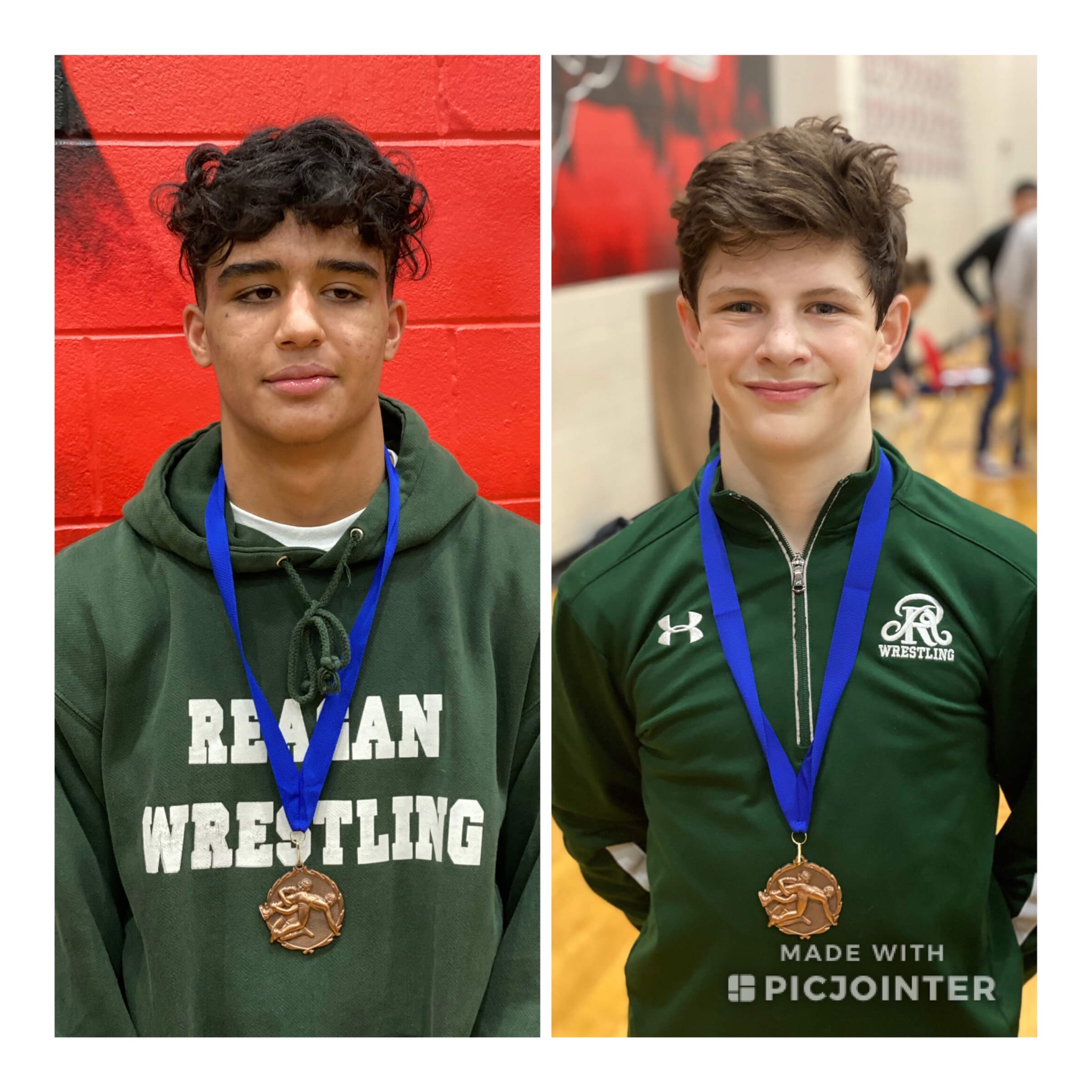 Yes, wrestling is an individual sport because the athlete walks out on the mat alone; however, it is also very much a team sport.  Saturday your Reagan Boys Wrestling Team proved that at the Black N Blue Invitational in Schertz.  All day they faced tough hammers from the Valley and San Antonio, Austin, and Killen areas.  Reagan edged out Killeen Ellison High School by 2 points to take 6th place out of 28 teams.  In short, every point scored yesterday mattered.

For his first competition back after an injured shoulder and broken finger, Junior Amir Musalli (138#) placed 3rd, scoring 20 of the Rattler 88.5 team points.  Musalli won his first two matches before losing in the semi-finals.  He came back and won the Consolation Semi, pinning his opponent early in the 2nd period before receiving a forfeit win in the Consolation Final due to 5 match / day rule.

Freshman Jimmy Benne (120#) pinned his first opponent before losing 3-7 to a 5A state ranked Senior from College Station A&M Consolidated.  On the Consolation side, Benne won his next 2 bouts with a pin and a tech fall.  Because his 5th opponent forfeited, Benne was able to wrestle for 3rd place.  He was given the opportunity of a rematch with the A&M Consolidated Senior, and this time Benne won by a narrow 6-5 decision, placing 3rd and scoring 19.5 team points.

Senior Captain Tyler Brode (152#) placed 4th, scoring 15 team points.  Brode pinned his first two opponents before losing to an undefeated Dripping Springs Senior who is ranked first in State.  He came back and won his next match in an exciting 3-2 decision, fighting through re-injuring a nagging shoulder injury.  Despite the pain, he still impressively stepped on the mat and wrestled hard in the 3rd place match.

On the girls’ side, Freshman Ella Gransbery (128#) and Freshman Paris Gonzalez (165#) fought hard with both going 1-2 against much older and more experienced competition.  These girls are young and tough and have a bright future in the sport.

The last competition before the District Meet is this Thursday, January 30th, at 4:30pm at Reagan.  This is Senior Night and the Rattlers will face Johnson in a Dual Meet.  Be there!