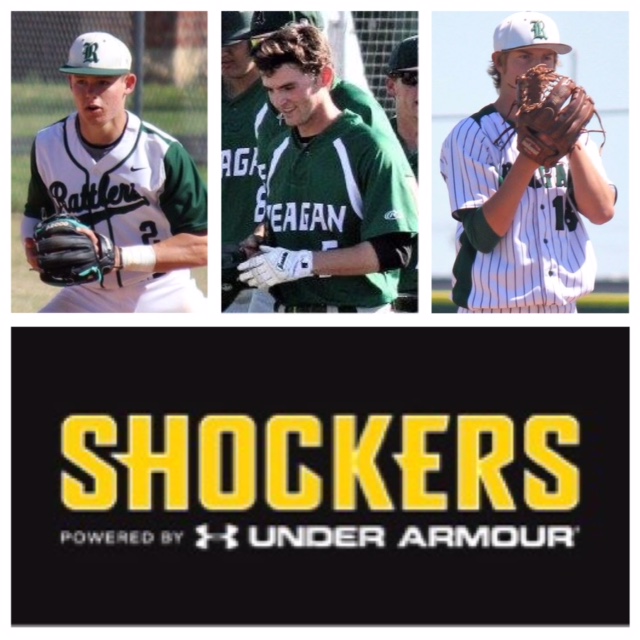 Senior Outfielder Seth Morrow made his verbal commitment to Wichita State on Monday morning followed 3 hours later by Senior Left-Handed Pitcher Cal Carver. The trifecta was completed shortly after 2:00 Tuesday afternoon when Senior Catcher Josh Killeen made his announcement that he would also be attending Wichita State.

Wichita State University will begin play next spring in the American Athletic Conference. They have a rich history, making 27 NCAA Tournament appearances, 7 trips to the College World Series, and were crowned National Champions in 1989.

Congratulations to all 3 of our future Shockers.