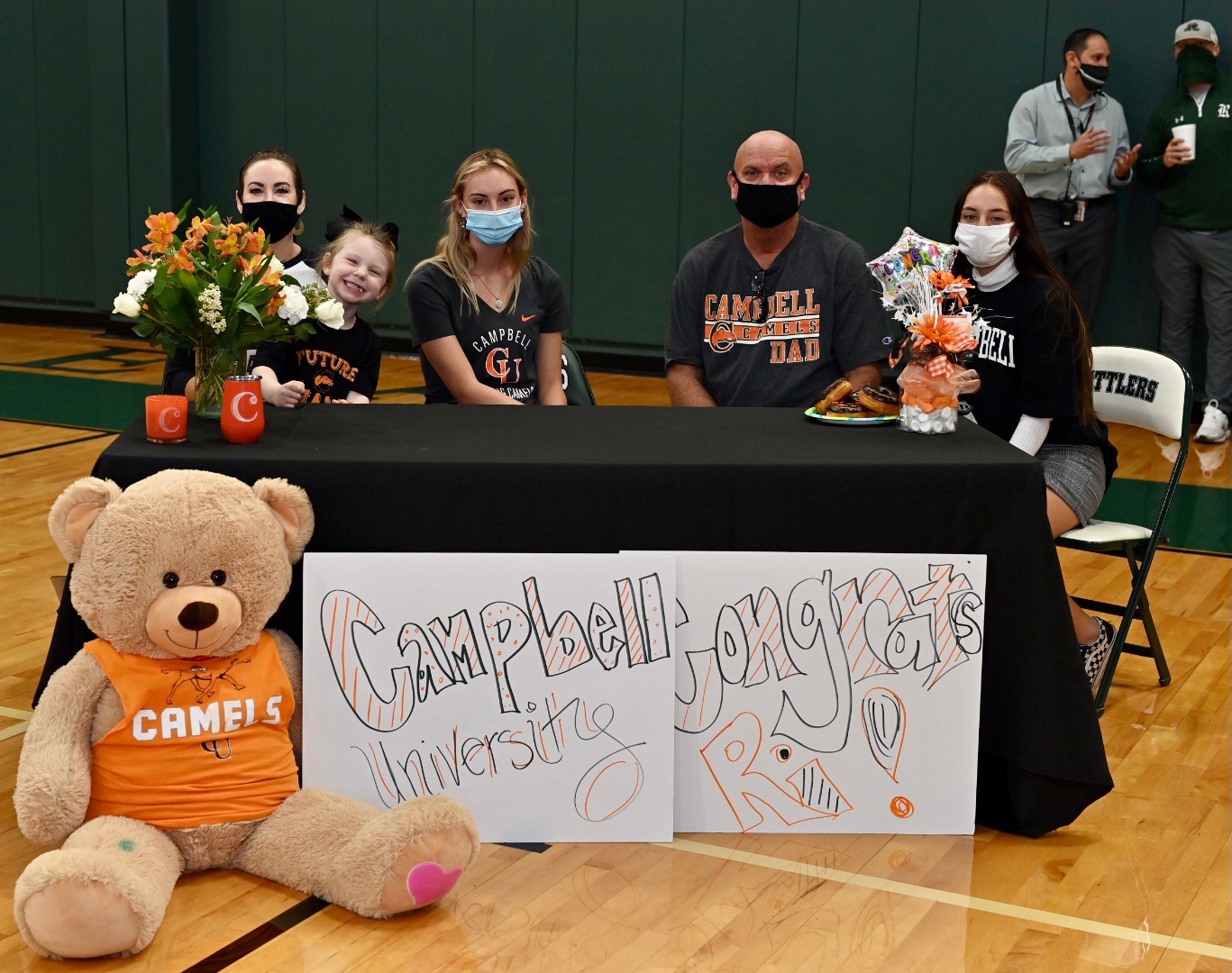 On November 11, 2020, Riley Dean, signed a National Letter of Intent to Campbell University, a Division 1 volleyball program, located in Buies Creek, North Carolina.  It is here where Riley has earned a full 4-year volleyball scholarship and will “red shirt” her freshman year.

Riley (new to Ronald Regan High School this year) helped lead her previous high school volleyball team, La Costa Canyon to the Division 1 championship.  Riley is a 3-year letterman and is enjoying being a part of the RRHS volleyball squad.

Riley has played volleyball at the highest level (open division) for the last 4-years with her club team, Coast (located in S. California).  It is here where Riley started out her career as an outside hitter and has transitioned to the libero position.  Riley’s presence on the court is uplifting and this is one of the reasons she was named co-captain of her team last year.  She has always had a work hard/play hard attitude on and off the court.  She is a player that inspires other players to play hard also.  If teammates are struggling, Riley is the first one to tell her teammate to shake it off and get the next one.

Riley’s parents are so proud of her and love her to the moon! She has always wanted her life to have an epic story – she is well on her way.