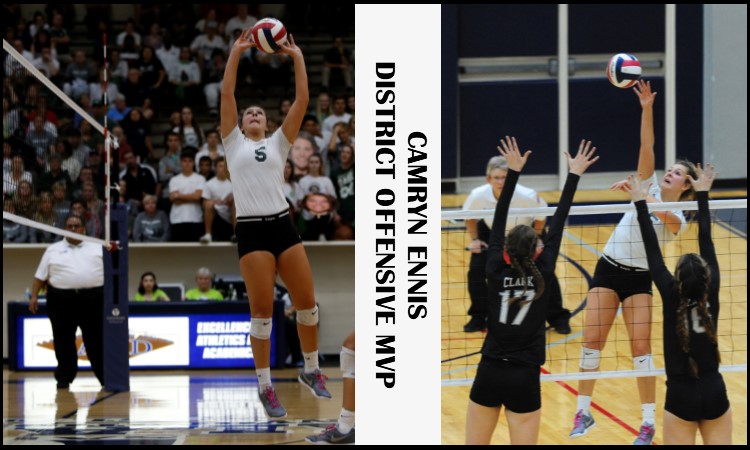 November 14, 2017 – Camryn Ennis, Senior Setter and Outside Hitter, has been named the District’s first Offensive MVP!

Ennis is 4 year Varsity letterman at Reagan who led the Rattlers in assists for the past 4 seasons. In addition to her MVP award, this year, Ennis has received the following honors and awards:

Congratulations to Ennis who will continue her volleyball career at the University of Kansas as a Jayhawk!