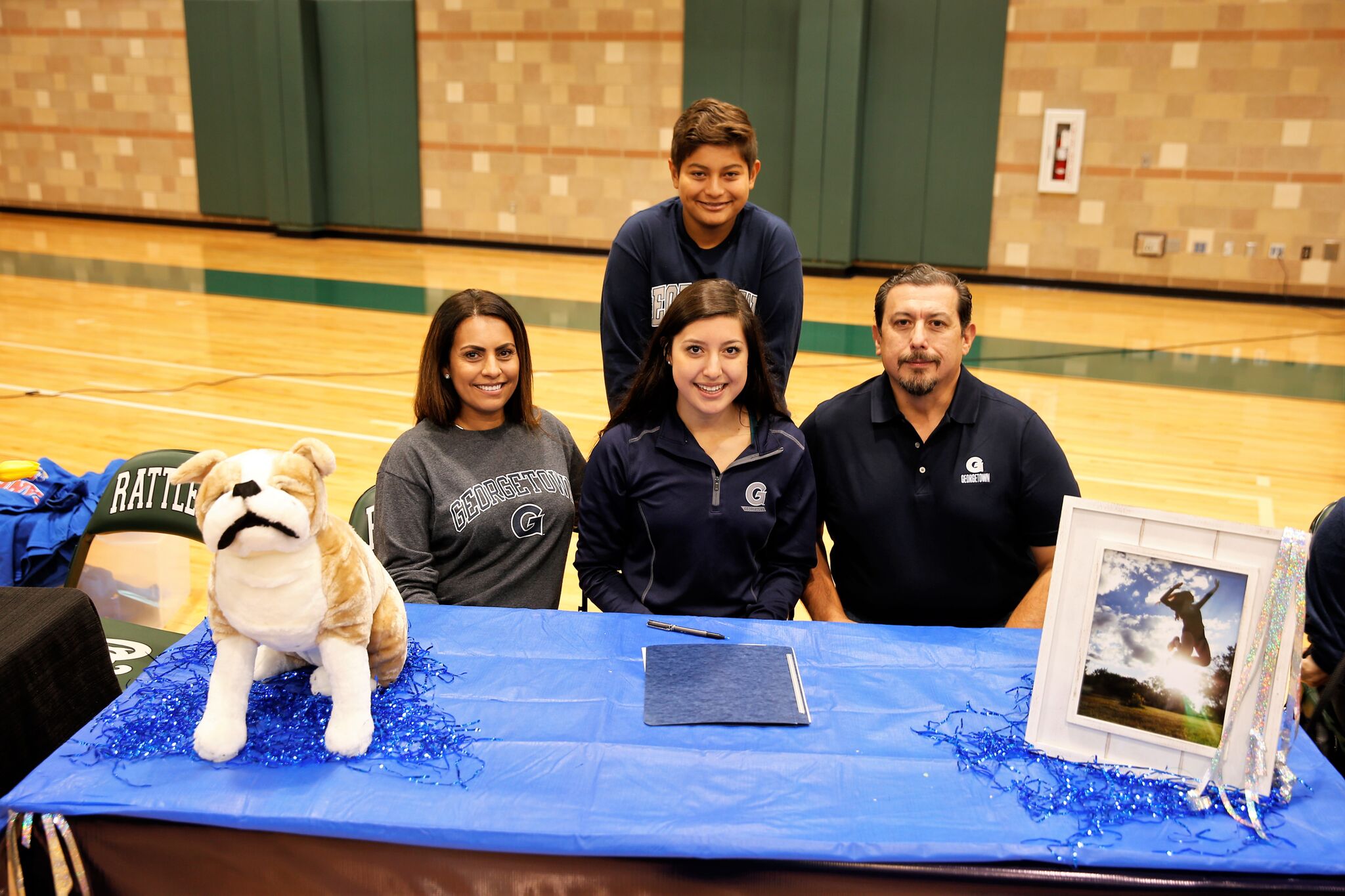 Barbosa, a 4 year letterman for Reagan Volleyball, plays Outside Hitter and has led the team in kills for the past 4 seasons.

This year, Barbosa was named Outstanding Hitter and All Tournament Team at the Adidas Pearland Classic, All Tournament Team for both the Leander Volleypalooza and the New Braunfels Fraulein Volleyfest, unanimous 1st Team All District, Under Armour All-American Honorable Mention, and is the first NEISD District MVP!

We look forward to watching Barbosa’s continued success as a Georgetown Hoya!