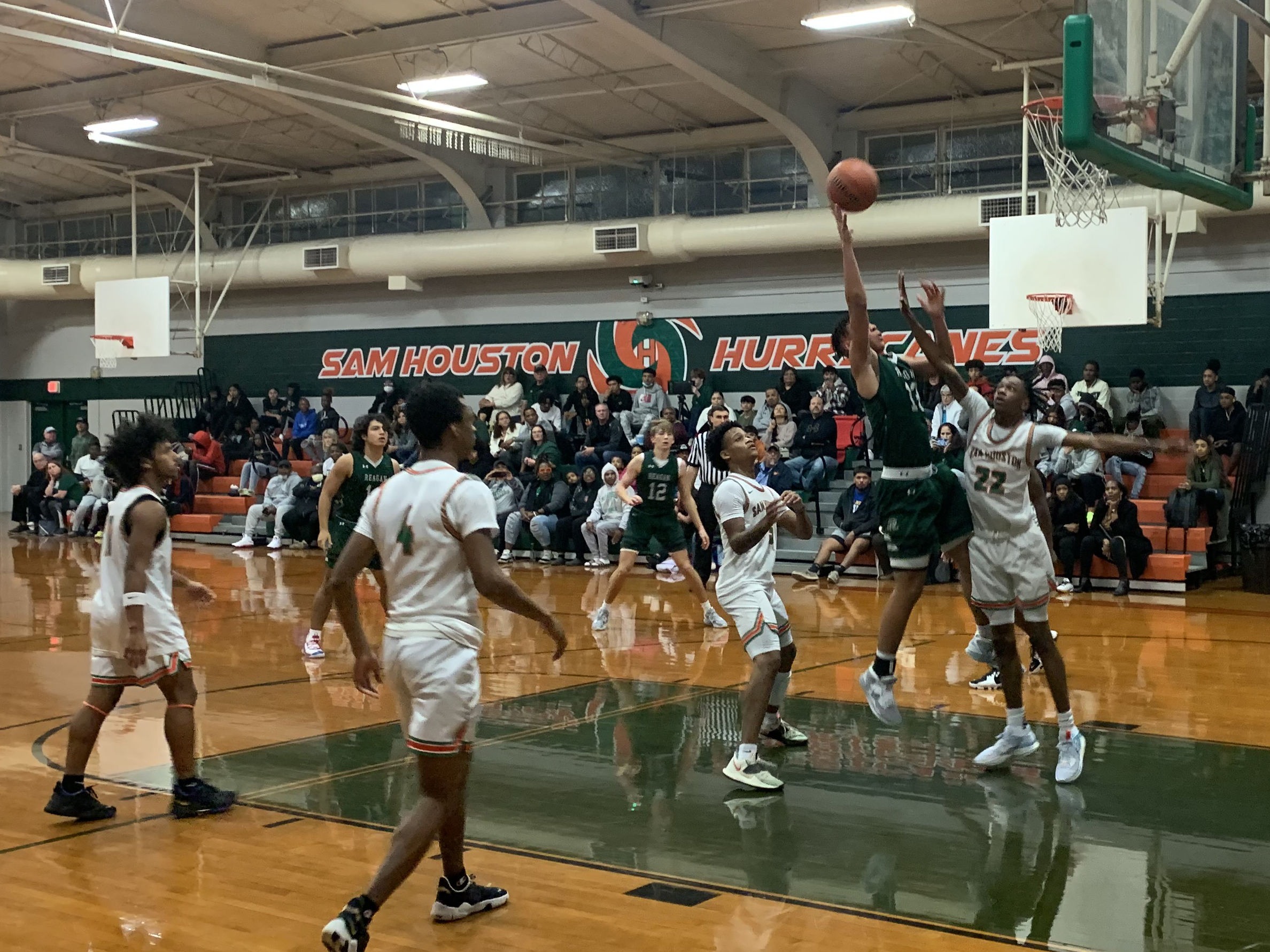 After falling short against O’Connor and Westlake in the opening weekend of the season, the Rattlers found their footing on Tuesday evening when they faced off against the Sam Houston Hurricanes.

The team came out of the gate ready to play, establishing a 15-5 lead midway through the first quarter.  They maintained that momentum to end the half ahead 54-28.

The Hurricanes had a strong third quarter, but the Rattlers were unshakable, adding another 20 points to the board. They continued to dominate on both ends of the court for the remainder of the game, claiming an 89-53 victory.

“On fire” is the best way to describe the team’s performance. While a majority of the players contributed buckets, senior Luke Price and junior Aidan Richard led scoring with 22 points each.

Next up for Reagan Hoops is the NEISD Tournament, which begins with pool play today to establish brackets for Friday and Saturday.