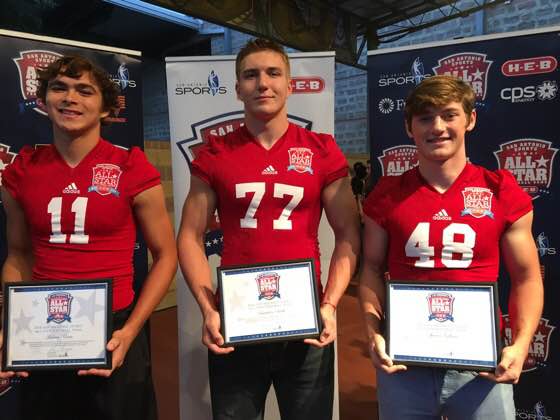 November 3, 2017.  Congrats to Rattler football players Spencer Gilliam, Drew Ureste, and Brandon Smith on being selected to play in the San Antonio Sports All-Star Game presented by HEB.  The game will be played on January 6, 2018 in the Alamodome.  More than 100 players representing Bexar County and the seven surrounding counties are chosen to showcase the area’s top football talent in the Alamodome for an all-star football game. Players are nominated through their varsity coaches, and selected by an all-star selection committee. The game features athletes committed to play for some of the top universities in the country, as well as players looking for an additional chance to impress college recruiters with potential scholarships to offer before National Signing Day.  #RattlerPride  #WeAreReagan