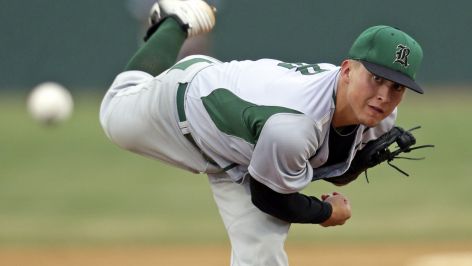 Congrats to Andres Sosa for being named the Sa Express News player of the week for the week of May 11th.  Article and photo courtesy of SA Express News.

Player of the Week

Andres Sosa, Reagan: junior, pitcher/shortstop — Sosa struck out 12 batters in the Rattlers’ Game 1 victory against New Braunfels Canyon in the first round of the playoffs. With his team facing elimination in Game 3, he hit a thre-run go-ahead homer in the seventh inning.