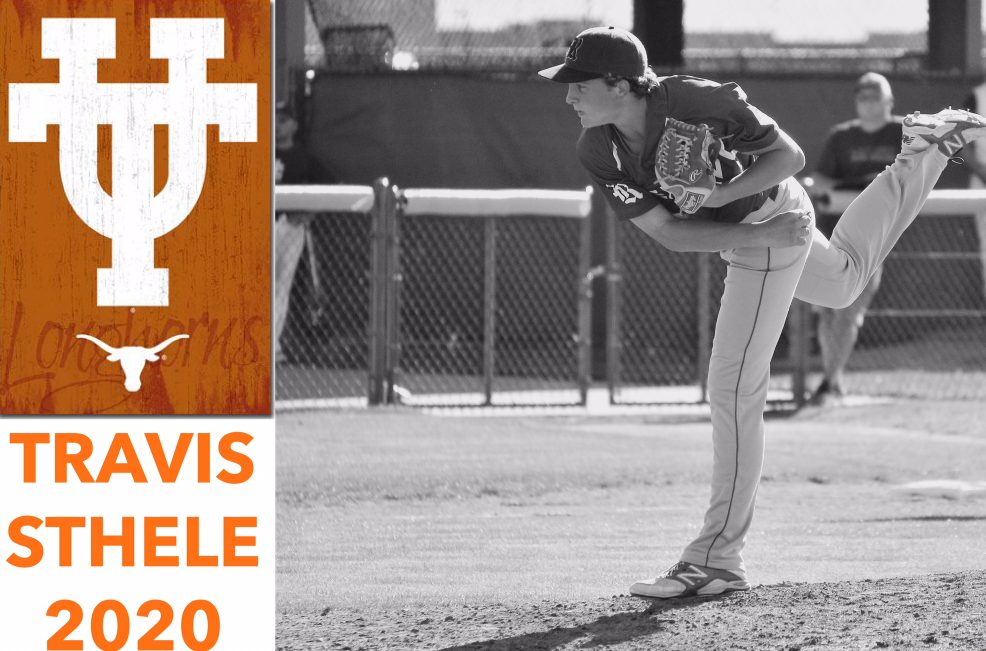 After completing the 2017 football season, Travis Sthele gave his verbal commitment to play baseball at the University of Texas.  During the fall, he narrowed his choices to LSU, Arkansas, Texas A&M, and Texas.  After talking with coaches and family, the decision was made to continue his academic and athletic career a little north of here in Austin.

Sthele, who was used primarily in a pitching role, went 3-1 with a 2.95 ERA on the 2017 varsity.  He played his summer baseball with the South Texas Sliders and enjoyed a very successful summer season.  Sthele was selected for the all-tournament team at the 16U national championships and was also named MVP of the Premier Baseball 15U Texas State Championships. Travis was also selected to represent the Washington Nationals in the prestigious Underclass Area Code Games in Los Angeles, CA.

Congratulations to Travis and best of luck this coming season.  Hook ‘Em!