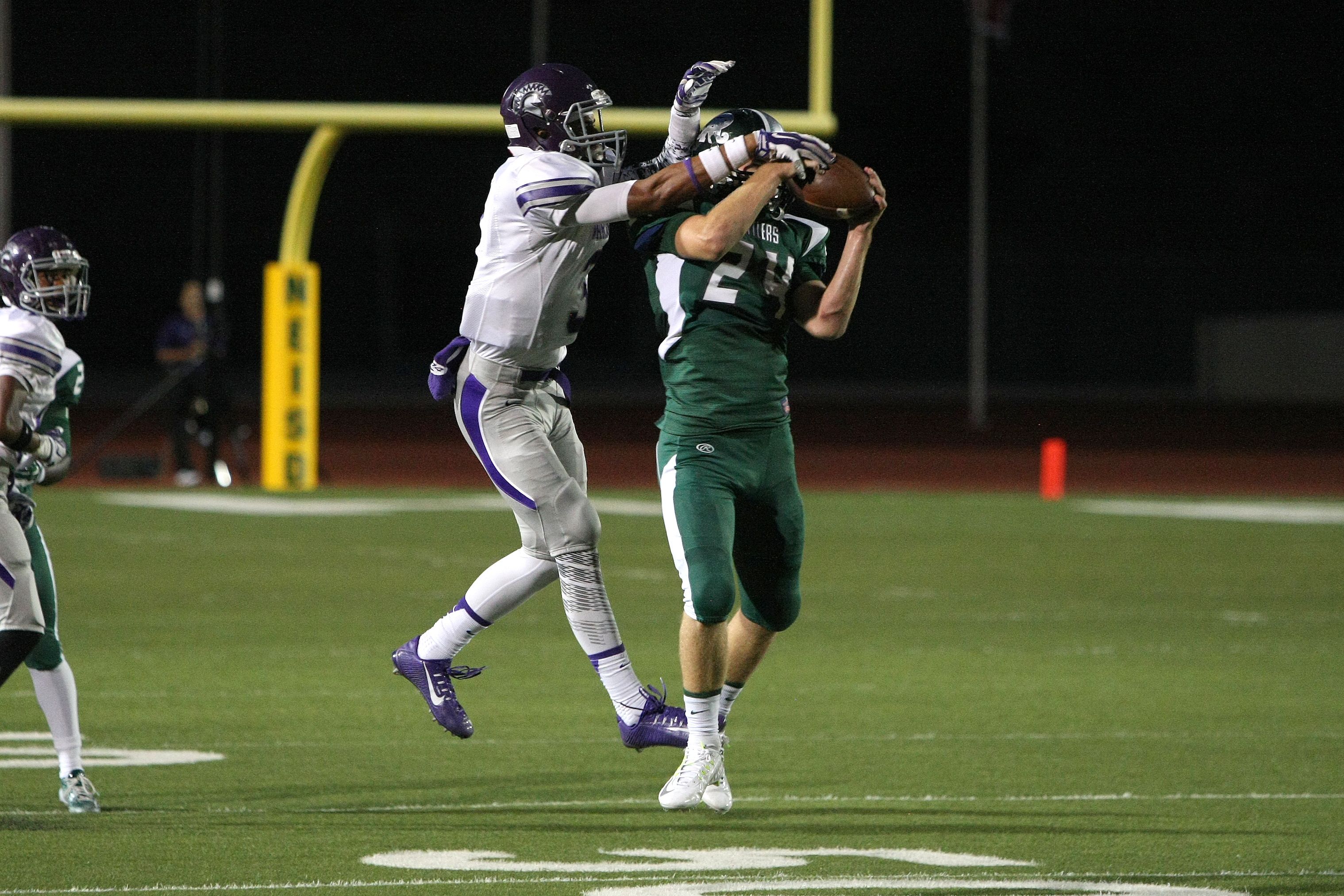 The phrase “Hat Trick” stands for many things, but in football it is a rare occurrence for one person to pull down THREE interceptions in one night! To add to it, a sophomore playing in his third varsity game ever accomplished this unusual feat. Pulling down three interceptions is exactly what sophomore Jake Hoggatt did against the Warren Warriors Friday night. Talking to Coach Wetzel, he stated that the Warren Warriors were a very athletic team, meaning, they were really fast. I took that to mean the Warriors might be able to get behind our cornerbacks and get around the edges of our D-line just a tenth faster than our Rattlers. My mistake, in fact, the Rattlers not only held Warren to 148 yards rushing but stymied their passing attack to just  61 yards. It was a total defensive domination of the game. The Rattler D-line, also stingy the first two games,  allowed the Warren running backs only slivers of running room at times before crushing in on them with three to four Rattler bodies. The Rattler offense led by Sophomore QB Kellen Mond had a field day at Heroes Stadium compiling 369 total yards. Junior running back and DB, Skyler Wetzel, had his own “Hat Trick” rushing for 167 yards and count them, three touchdowns! All of the Rattler’s 42 points came in an amazing first half! With the coming of much needed rain, the game slowed a bit, but the spirit of the Reagan student body just got warmed up, cheering and having a blast, it was truly a blessing to see the large student body at the game cheering the Rattlers on!

Reagan continues to grow as a team around it’s new offensive threats as well as maintaining the dominance on the defensive side of the ball. The Rattlers will face The East Central Hornets on Friday 09/19/2014 at 7:30 pm.