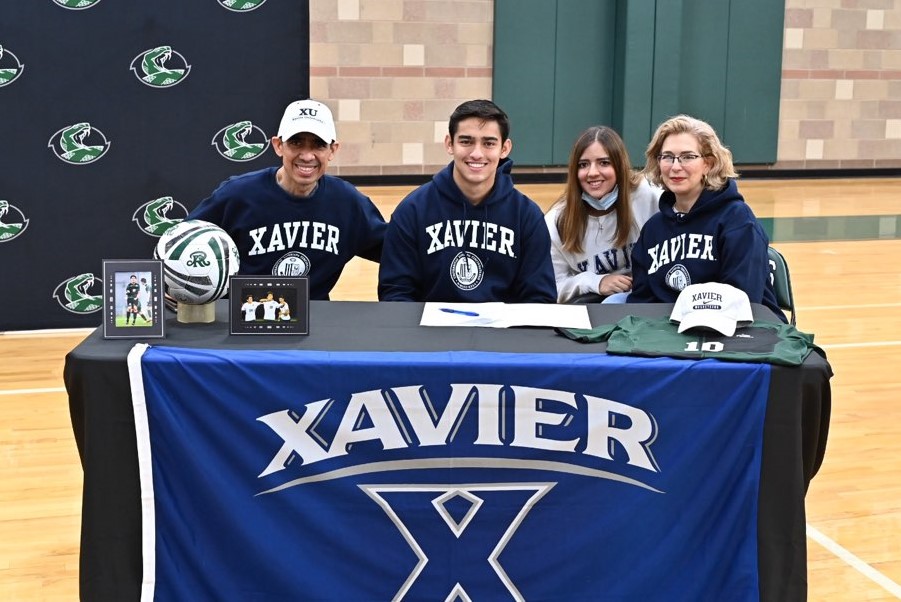 As part of Reagan’s 2021 Signing Day ceremony, Fabrizio Bernal confirmed his commitment to play soccer in the Big East/Midwest Division and continue his academics at Xavier University in Ohio.

While Bernal started playing soccer at the age of 4, the love of the game continued to grow as he continued to play soccer all through high school. Fabrizio is a 3-year Varsity Letterman for the Rattlers Soccer team, playing varsity his freshman, sophomore, and senior years. He sat out his junior year to play soccer for the SAFC Pro Academy in San Antonio and rejoined the varsity soccer roster this year as a high school senior.  During his freshman year, he was a part of the state finalist soccer team and was named 1st Team All-District, Offensive MVP, and 2nd Team All-State during his sophomore year. He was selected as one of the Captains of the Varsity squad his Senior year.

In addition to playing soccer, Fabrizio has been involved volunteering in the community with his church, Holy Trinity Catholic Church, where he serves in shelters alongside others in his congregation.

Congratulations Fabrizio and good luck with your continued academic and athletic success as a Xavier University Musketeer!

We wish Fabrizio the best of luck as a Musketeer!  You can follow him next year on Twitter @XavierMSOC.