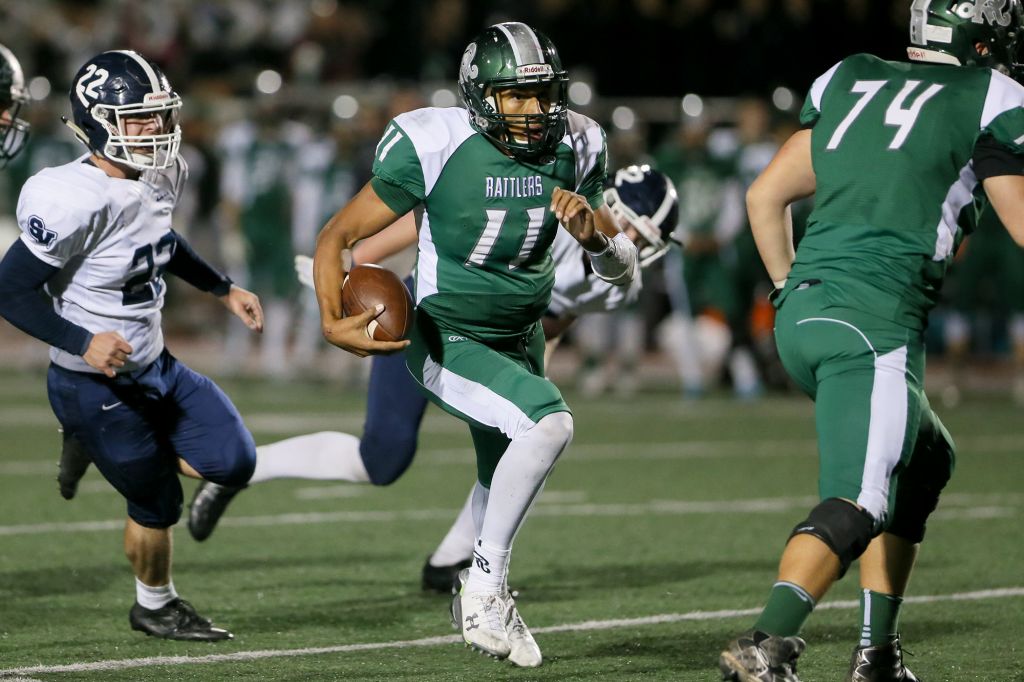 Smithson Valley coach Larry Hill was not about to go gentle into that good night after battling simply to get to the postseason.

So, with the Rangers facing fourth down in their own territory on the game’s first set of downs, Hill set a fearless tone by going for it and succeeding against the Reagan Rattlers.

“Other than the big long throw, we didn’t really do anything spectacular,” Hill said. “We just did enough ordinary things well and the sum of all parts was a win.”

Smithson Valley advances to face Stevens at a site and time to be determined.

“We don’t really a have chance to exhale, we’ve got a good Stevens team coming up next week,” Rangers senior defensive end Josh Ernst said. “There is not much time to rest, but it’s definitely exciting to beat (Reagan), they are a great team.”

Smithson Valley (8-3) finished fourth in the rugged District 25-6A, so few gave the Rangers a chance to defeat the District 26-6A champions. Hill made believers with a precise game plan.

The Rangers held the prolific Rattlers offense to a late touchdown and 294 total yards.

Smithson Valley established itself early, gambling on fourth-and-1 at its own 43 on its first set of downs.

“We are going to try to win the game,” Hill said. “We’re not going to come out here and be timid. There’s a time to do that and there’s a time not to do it, too. If I hadn’t made it, I’d have heard about it from my wife, my mom, my dad and my two daughter-in-laws, but we made it so I get to be all right for another week.”

Rangers junior Josh Adkins completed a 5-yard pass to Matt Sandoval on fourth down, fueling a drive that would end with a 1-yard scoring run by Adkins with 5:50 left in the first quarter.

Derek Housler, who provided the block that enabled Sandoval to convert on fourth down, scored on a 59-yard pass from Adkins on the next possession after the defender covering him fell on the play.

Mond was constantly flushed out of the pocket. He completed just 8 of 21 passes for 131 yards and rushed for 139 yards on 22 carries.

“We prepared for them all week,” Ernst said. “We’ve been watching a lot of film. We thought we had a pretty good knowledge of their quarterback and his moves. They told us all week to stay on his upfield hip. We watched him get away from a lot of people so coach focused on us containing them there.”