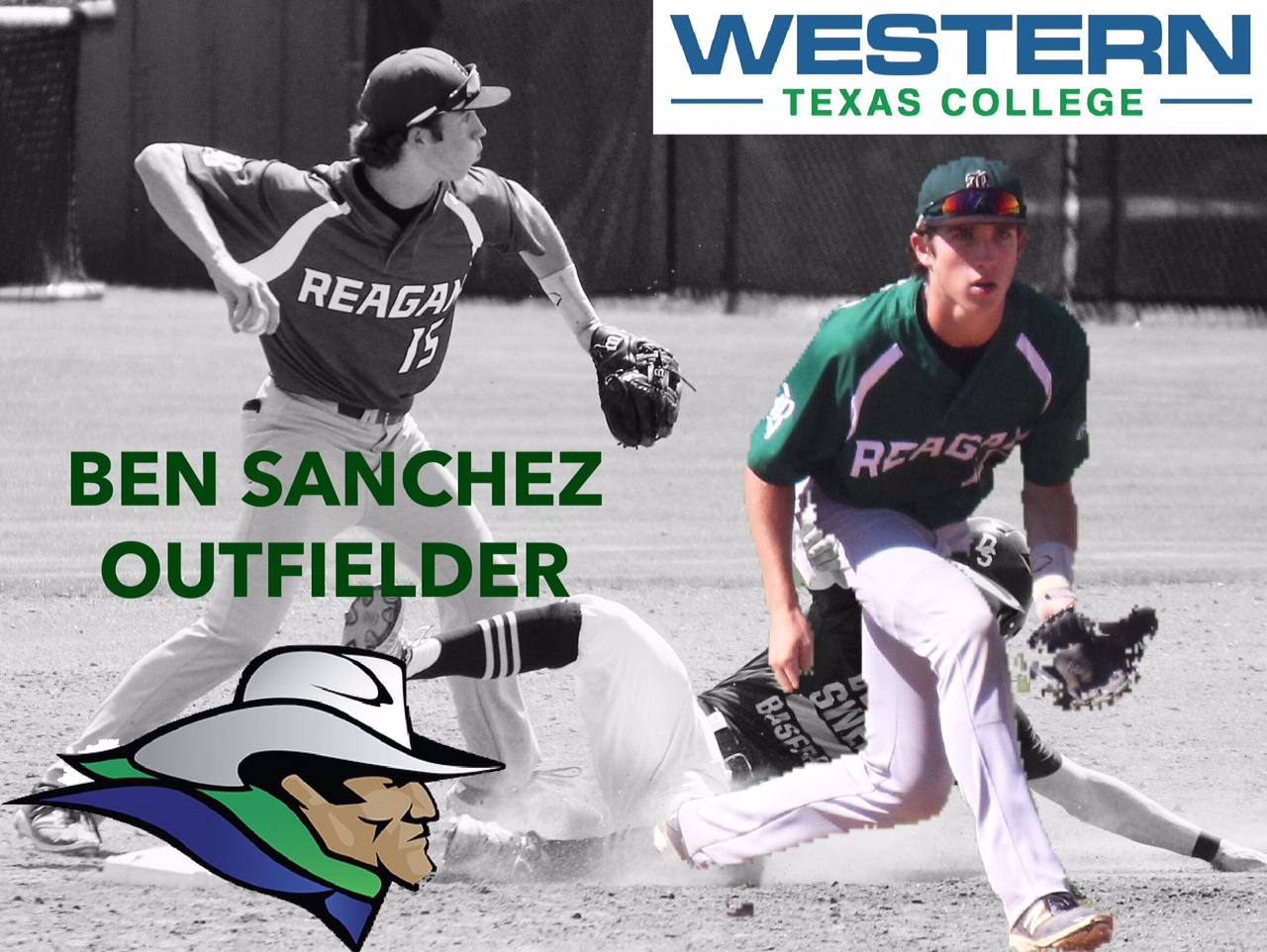 Rattler Baseball is happy to report that senior outfielder Ben Sanchez has given his verbal commitment to play baseball at Western Texas College in Snyder, TX.  Ben was a member of the Varsity Baseball team in 2016, getting playing time in the middle infield late in the year, before sitting out his junior year.

Ben is back for his senior campaign and looks to compete for a starting position in the outfield after the graduation of 4 year starter Cade Bormet.  Ben, who plays in the summer for Lights Out Baseball, has a combination of speed and power.  He possesses a strong arm and had several outfield assists during the summer.