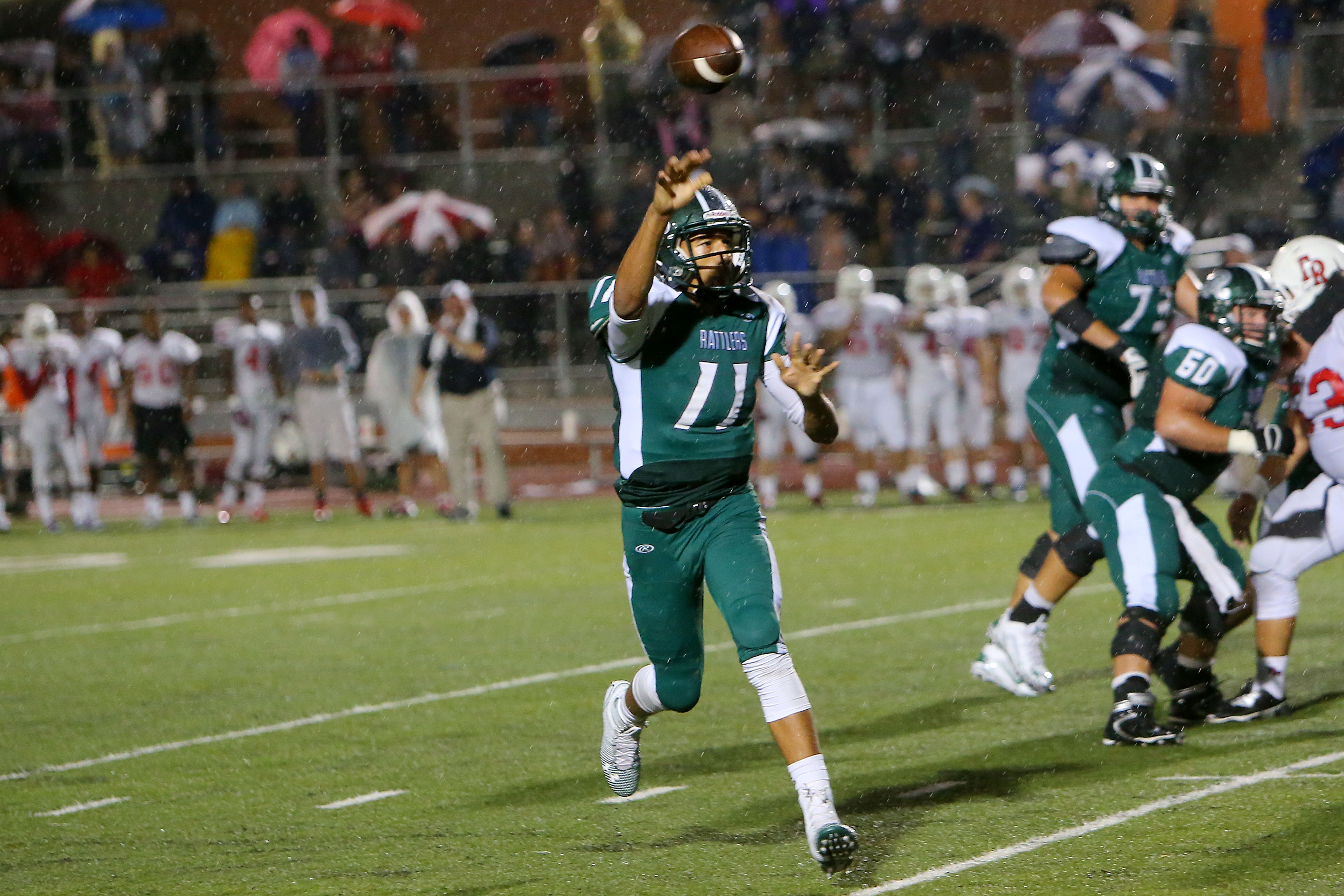 After sitting out Reagan’s 50-19 playoff rout of Los Fresnos with a knee injury Saturday, Rattlers sophomore quarterback Kellen Mond is good to go for this week’s showdown with Judson for the Region IV-6A Division I title.

Mond sprained his left knee about midway through the fourth quarter of the Rattlers’ 38-31 victory against Stevens in the second round of the playoffs.

“I went out during warm-ups Saturday and it felt fine,” Mond said. “But Coach (Wetzel) didn’t want to risk further injury, so he held me out. I think being out Thanksgiving week kind of helped me. I stayed at home and iced my knee a lot and just rested it. I also came to therapy here at school. I’ve been running for about five days and I’m ready to play.”

The Reagan-Judson winner will face Cypress Ranch or Dickinson in the state semifinals at 3 p.m. Dec. 13 at the Alamodome.

Two other San Antonio-area teams will square off in another regional final this weekend.

Mond’s return will give the Reagan offense a boost against a Judson defense that plays fast and furious.

“Ricky did a good job while he was here,” Wetzel said. “We won a lot of games with him calling the shots. We look over there (at Judson) with their alignment, so we know what they’re doing. They’ve just some real skilled people playing.

“They’re very active. They’re strong and physical, and they can all run. There’s not anybody that’s been able to run the ball on them. There’s no consistency running the ball from anybody they’ve played.”

Matt and the Rockets will have their hands full against Mond, a classic dual-threat quarterback who has demonstrated outstanding poise and maturity for a sophomore. He’s also put up some impressive numbers.

“He really does everything well,” Wetzel said. “He throws the ball well and really runs the ball well. He’s very calm. He makes good decisions with the football. He’s still young, so he’s still learning, but he’s got the ability to make plays with his feet and his arm.

“He’s bigger than most people realize. He’s probably faster than people think because he’s got a long stride. He’s a 400 (meter) guy in track. As a freshman, he was a 50-point, 51-flat guy (in the 400). We knew all of those things from middle school.”

But Mond has something else that has impressed Wetzel and played a key role in the Rattlers’ success this season.

“I think the thing that’s been most impressive to us that knew all those other things about him is his toughness,” Wetzel said. “He’s tough. He’s taken some shots and he’s also delivered some. He was flat better than everybody in middle school.

“Sometimes you get those guys and they don’t want to get hit. I think that’s the thing I’ve been most pleased with. He fits in our mentality and our philosophy.”

McAuliffe also has been impressed with what he’s seen of Mond on video this week.

“What makes him different is that time and time people have a hand on him and he slips away,” McAuliffe said. “He’s an outstanding quarterback.”

Mond is the third outstanding sophomore quarterback Reagan has had in the past decade, following Derrick Walls and Trevor Knight, who started nine games for Oklahoma this season before he sustained a neck injury.

Mond expressed similar sentiments as Wetzel about the Judson defense.

The Rockets’ 42-21 playoff win over Reagan in 2007 avenged a district loss to the Rattlers in their regular-season finale. Reagan also lost in this round in 2006 (Austin Westlake), 2008 (Smithson Valley) and 2011 (Steele). All the losses in the state quarterfinals have come with Wetzel at the helm.

The Rattlers have gone 95-38 and won four district championships and a co-title under Wetzel, who is in his 11th season at Reagan.