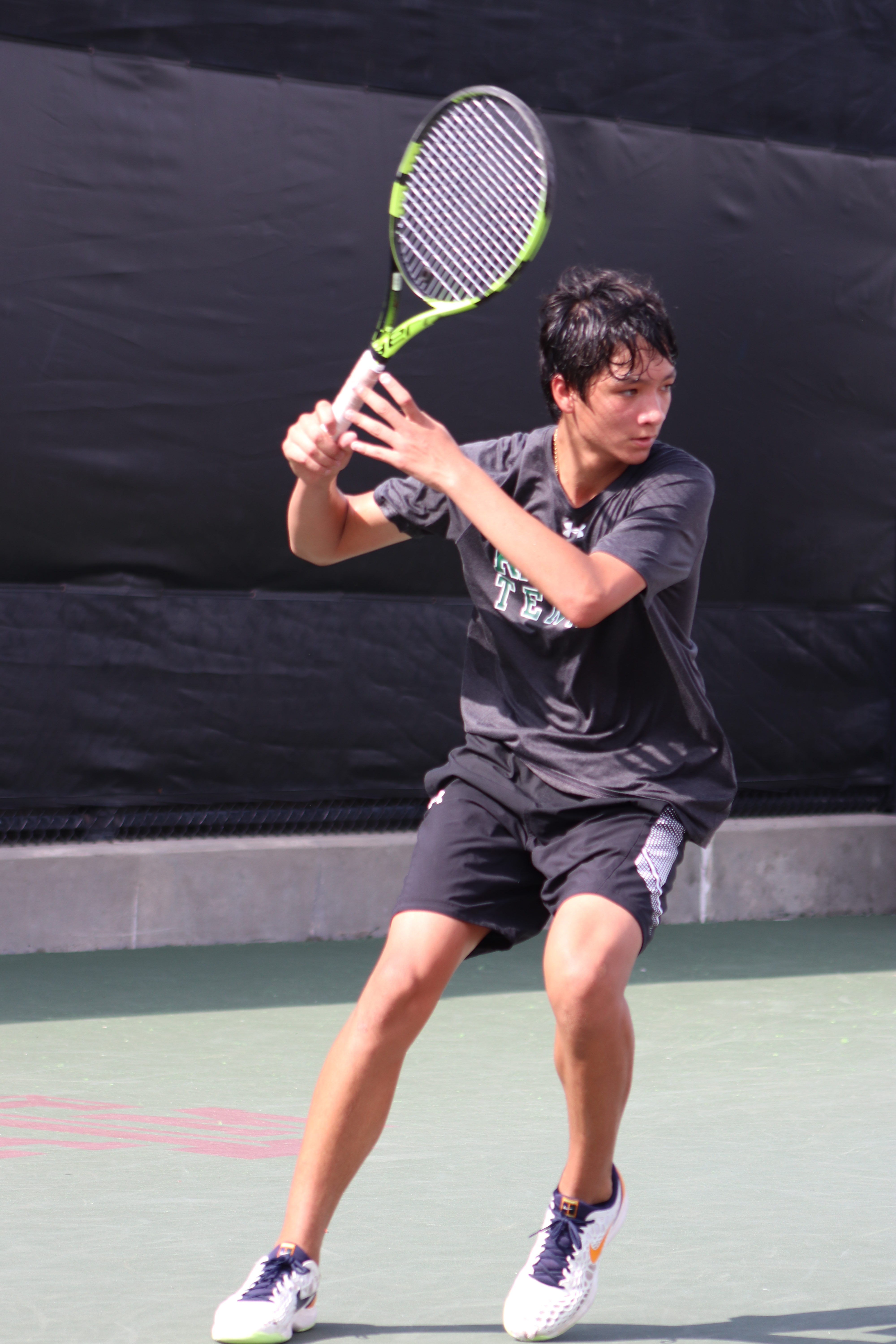 May 18, 2019 – Reagan high school’s Kyle Totorica finished a stellar freshman year 2nd place at the State tournament.  Head tennis coach, David Daniel, knew he was getting a great player when Kyle won the Texas Slam last June but he never thought in a million years Kyle would achieve what he did as a freshman.  Only 8 players advanced to the State Championship.  In the quarter-finals, Kyle started off slow losing the first set to Christopher Cequea-Rivero from Taylor high school 2-6 but turned it around to take the 2nd and 3rd sets 6-2, 6-4.  The match lasted almost 3 hours long but this put Kyle in the semi-finals against the highest rated player in the draw in Avery Zavala from Amarillo, TX.  Avery’s 1st match was a victory over a nationally ranked player 6-2, 6-0.  Kyle had a couple of hours to rest before taking on Avery but things didn’t look good considering the level of player Avery was and how much energy Kyle had just spent playing his 1st round.  Kyle started the match hot, hitting winners from all areas of the court and took Avery down 6-3, 6-3 for the biggest upset of the tournament.  In the finals, Kyle took on Carter Crookston from League City.  Kyle jumped to a 4-3 lead but at 4-4, Carter broke Kyle’s serve and took the set 6-4.  The level of tennis was extremely high but Carter came up with big shots when down game points.  In the 2nd set Kyle had a couple of opportunities to finish off some games but Carter was very accurate on his passing shots and would end up taking the game.  Kyle is the only Reagan Rattler to ever make the State finals in tennis.  The future looks very bright for Reagan tennis!!!