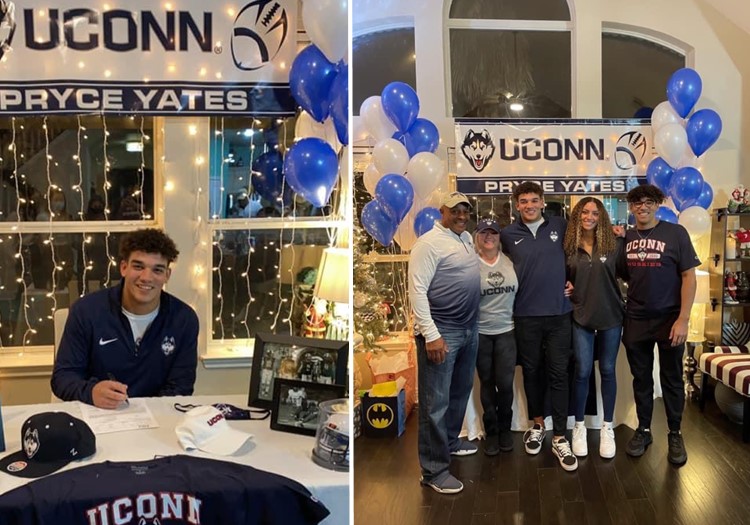 Yesterday as part of National Signing Day, Reagan Football’s Pryce Yates signed his commitment to play football and continue his academics at the University of Connecticut, a member of NCAA’s Division I and the Big East Conference.

Yates is a 3 year letterman for the Rattlers, playing both offense and defense for the team. This past season, Yates was a Team Captain and played Defensive End. In 2019, Yates was a unanimous all-district pick for the Express-News Class 6A All-Area Team for Defense. He also earned All District 1st Team.  Yates has also been selected to play in the 2021 Blue-Grey All-American game at the AT&T Stadium in Dallas and the San Antonio Sports All-Star Football game, both showcases of the area’s top high school football talent.

Reagan nation is proud of Pryce’s accomplishments and wish him all the best in his future endeavors! You can follow him next year @UConnFootball. Go Huskies!