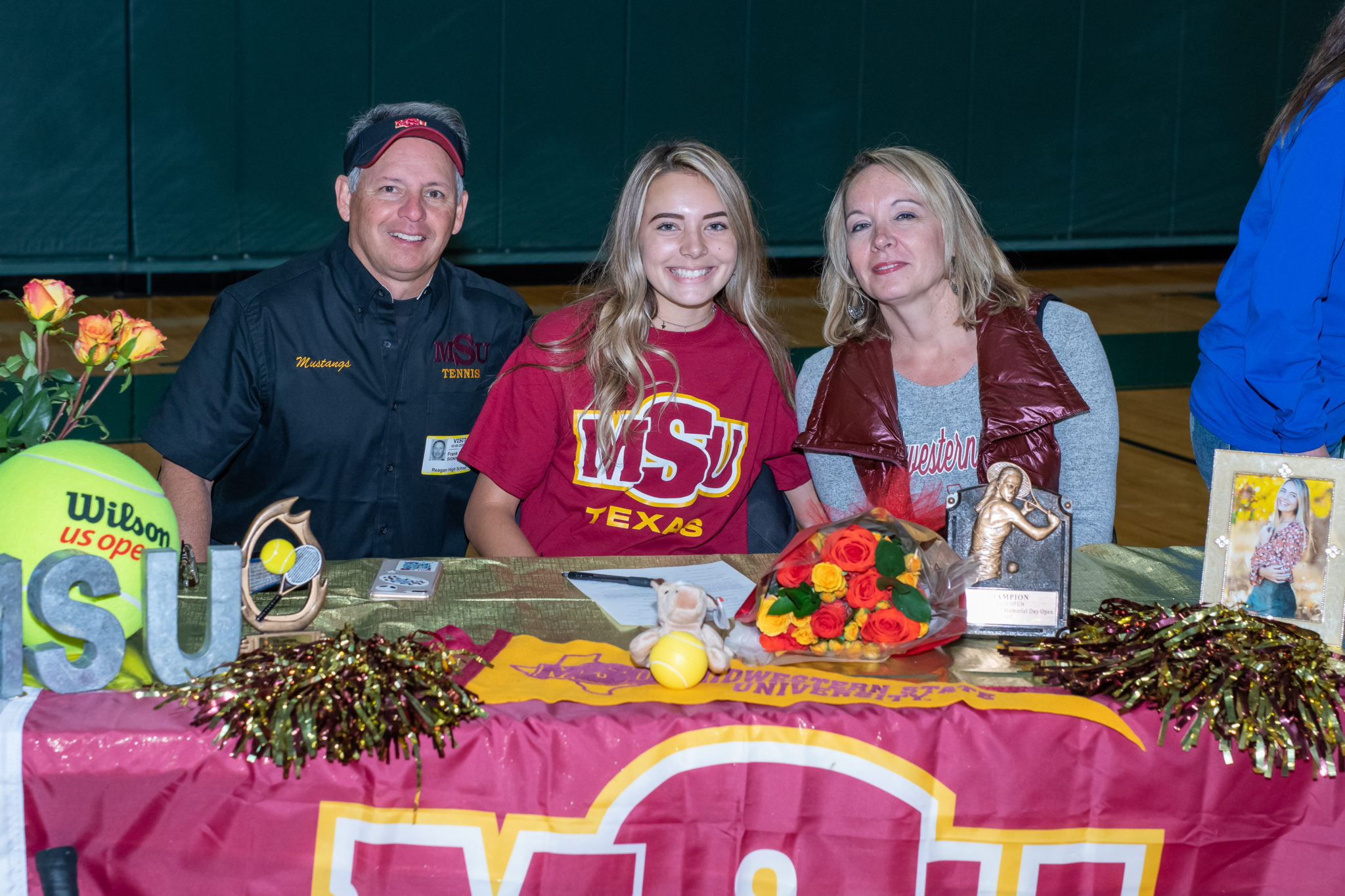 Kyndall, a 102.2 GPA student, is a 4 year letterman that played #1 singles her 1st 3 years and #1 doubles all 4 years at Reagan.  Asked why she chose Midwestern State, Kyndall said “I chose MSU because of how welcomed and at home I felt at the school and in the city of Wichita Falls.  It feels like the right place for me to grow as my own person so that I am prepared for the world after college.”  Kyndall committed in early November.

As a junior, Kyndall went undefeated in doubles play and had only 1 loss in singles to the #1 player in the nation during the team season.  In doubles, she won the District Championship and finished 3rd place at Regionals.  She was selected to the Express News All-Area Team.

As a sophomore, she was a State Qualifier in doubles making it to the final 8 out of 512 teams.  She was also selected to the Express News All-Area Super Team.

As a freshman, Kyndall played #1 singles and doubles and was a finalist at Districts in doubles with Natalie Gonzalez for the individual season.

We wish her continued success in both academics and tennis at Midwestern!