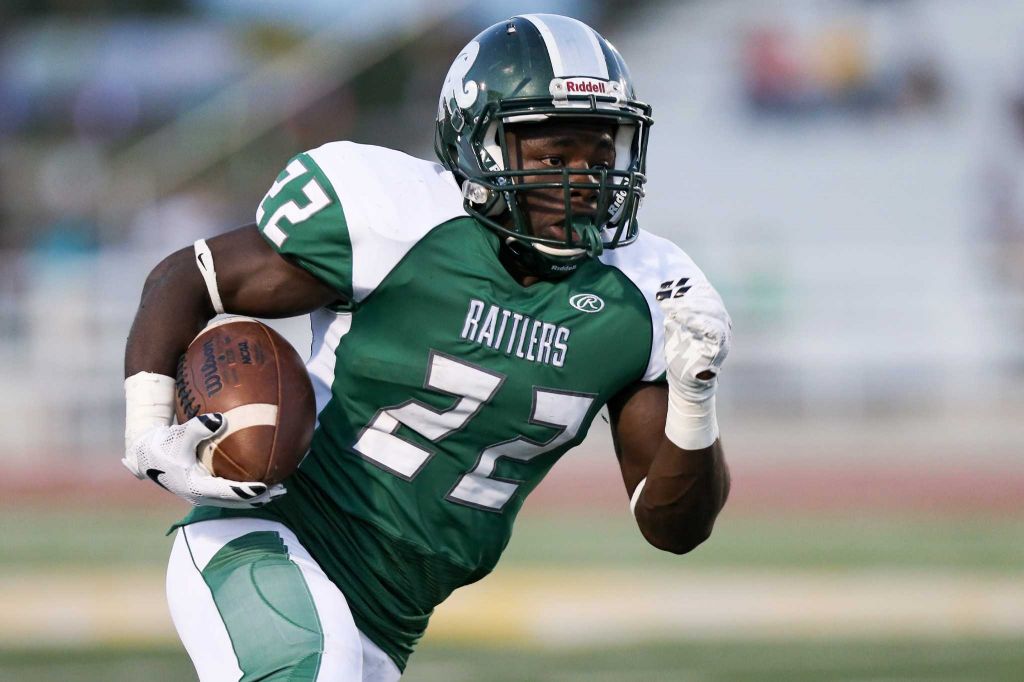 The Rattlers have scored at least 42 points in winning their first four games, but they struggled at times Saturday, even if the scoreboard didn’t show it. East Central (0-4) took advantage of several Reagan miscues to keep the score close in the first half.

“It’s kind of been the story of our year thus far,” Rattlers coach David Wetzel said. “We’re certainly happy and thrilled that we’re 4-0, and we won a big ballgame, but I feel like our kids and all of us know we can play a lot better.”

Reagan’s Kellen Mond passed for 289 yards and four touchdowns. The 6-foot-3, 200-pound junior completed 23 of 40 passes, including his final eight attempts, without a turnover. Still, count him among the unsatisfied Rattlers. “I believe we can do way better,” Mond said. “It just comes down to executing. We’ve just to get focused and come prepared.”

That was not enough to put the Hornets away.

Late in the first half, East Central sophomore receiver Kahjah Matthews stepped in front of a defender in the end zone, preventing a possible interception, and scored on a 9-yard reception from Justin Upshaw-Mendoza to pull within 24-17 at the break.

Reagan responded on its opening possession of the second half, driving 85 yards in 10 plays. Mond completed a 30-yard TD pass to Matt Roberts to give the Rattlers a 31-17 lead.

“I thought we actually played well in the first half,” Mond said. “Our main focus coming into the second half was just our tempo. If we play faster than the other team and don’t let them line up, we’re really hard to stop.”

By Raul Dominguez, For the Express-News