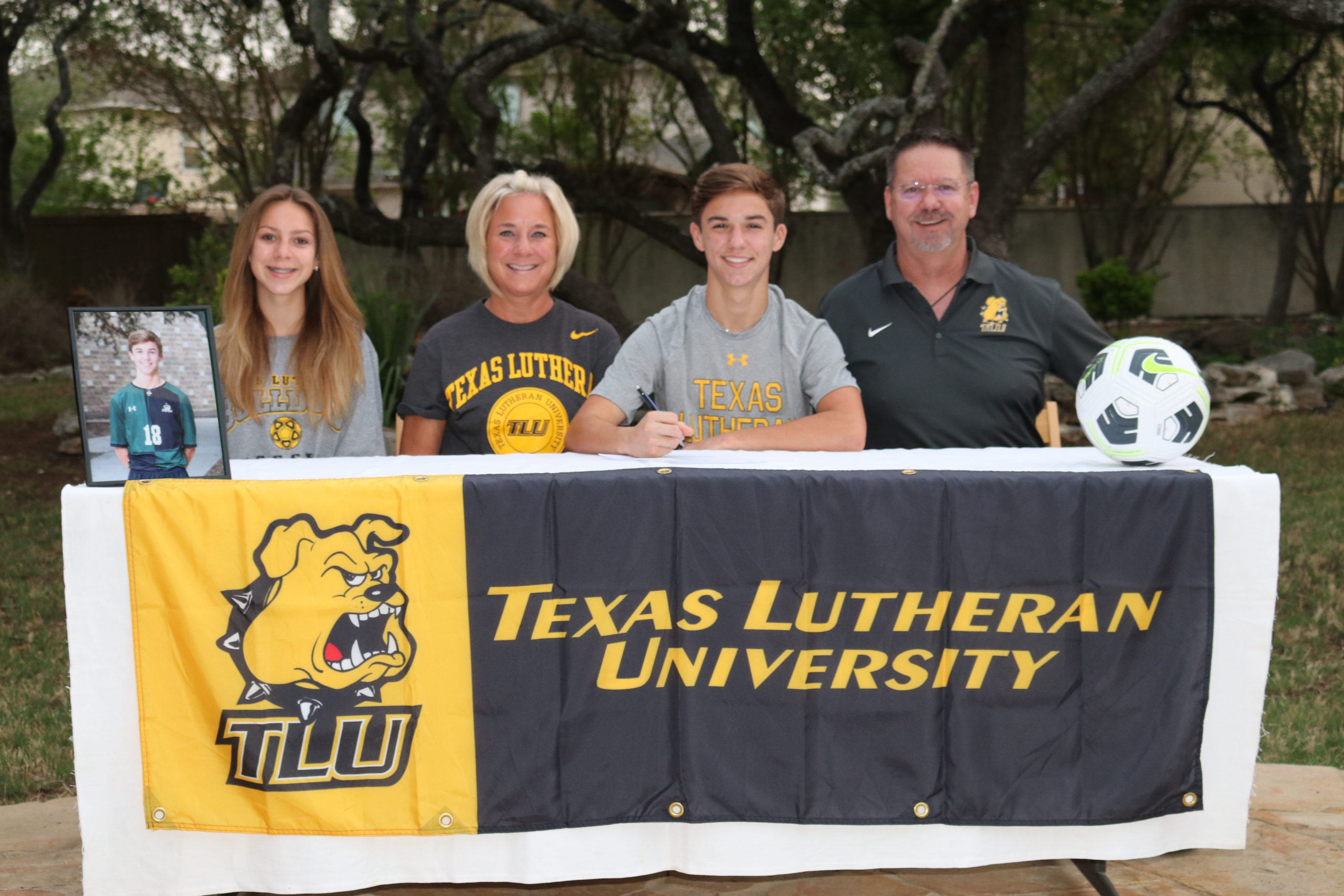 As part of Reagan’s Spring 2021 Signing Day, Cole Sixkiller confirmed his commitment to play soccer at Texas Lutheran University in Seguin, TX, in the Southern Collegiate Athletic Conference (NCAA Division III). Sixkiller will continue his academic studies on an academic scholarship to pursue a degree in Business Finance.

Cole started playing soccer at the age of 3 in California and continued to play soccer for SA United and Classic Elite when he moved to San Antonio. His passion for the game grew as he continued to play soccer all four years of high school. Sixkiller is a 2-year Varsity Letterman for the Rattlers Soccer team, playing junior varsity his freshman and sophomore years. During his junior year, he received honors as First Team All District, Defensive Player of the Year and All District Athletic Academic Team. He also made the varsity squad his senior year and was selected as one of the Captains of the Varsity squad.

During the ceremony, Reagan’s soccer Coach Gilbert Villarreal commented, “It is well deserved that Cole will be playing at TLU. I know he’s going to do great and I’m looking forward to watching him play. I’m going to miss him and his leadership.”

Congratulations Cole and good luck with your continued academic and athletic success as a Texas Lutheran University Bulldog!