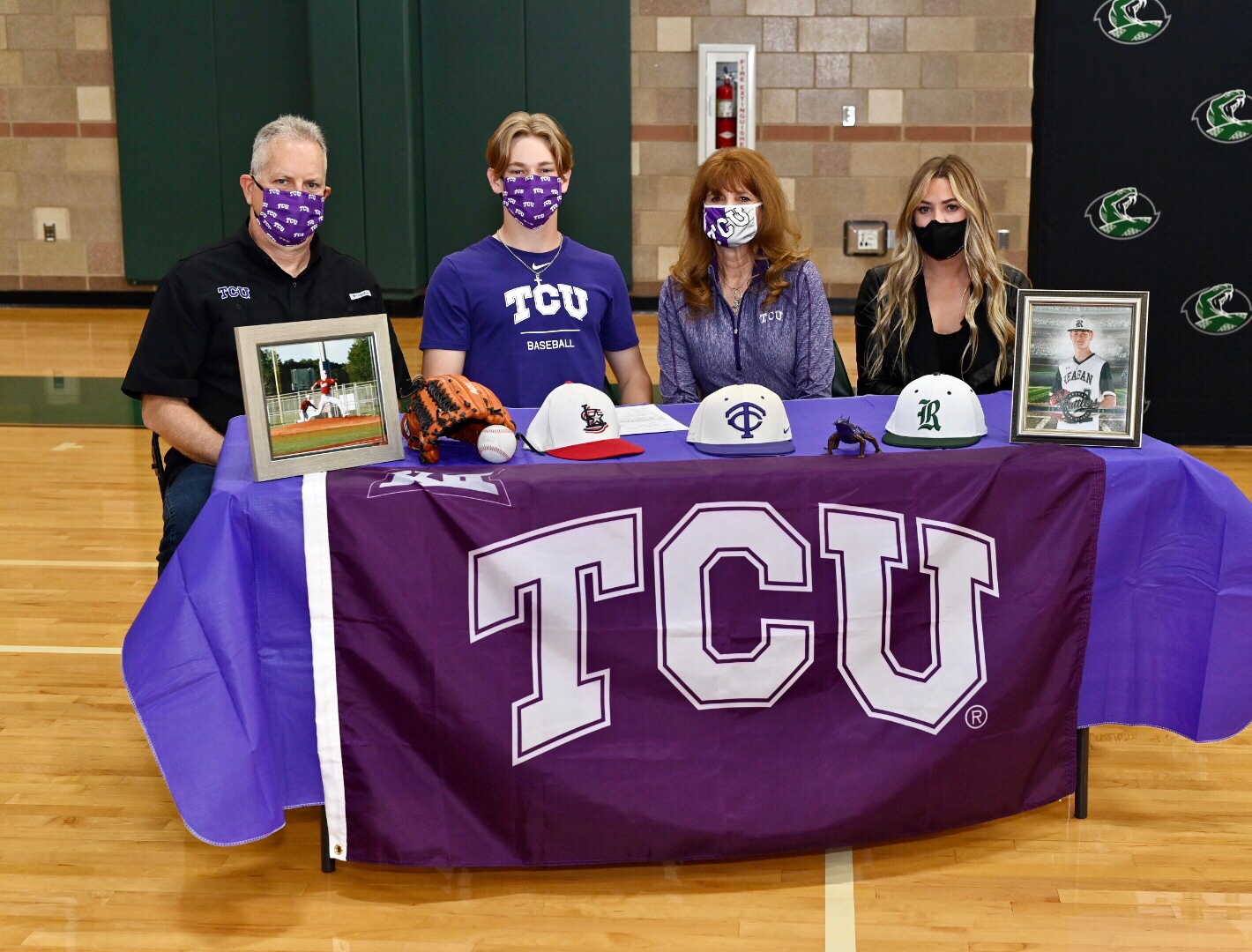 Feser is a 2-year Varsity Letterman for the Rattlers, playing the position of pitcher.  He also played select baseball for Lone Star Baseball. Among his recognitions, he was selected in 2020 as a Rawlings/ Perfect Game Pre-Season Underclass All-American. He  participated in the South Texas Underclass games and the 2019 PBR Future Games.

He also was recognized for achieving Academic All-District in 2019-2020.

Reagan Baseball’s head coach, Chans Chapman commented, “Cohen is a guy we are expecting big things from on the mound this year.  He’s a hard worker and a good teammate.”

Feser, who has baseball in his blood, follows in his late grandfather Paul Feser’s footsteps. Paul was a Minor League Hall of Fame Pitcher in North Dakota.

We wish Cohen the best of luck as a Horned Frog.  You can follow him next year at @TCU_Baseball.