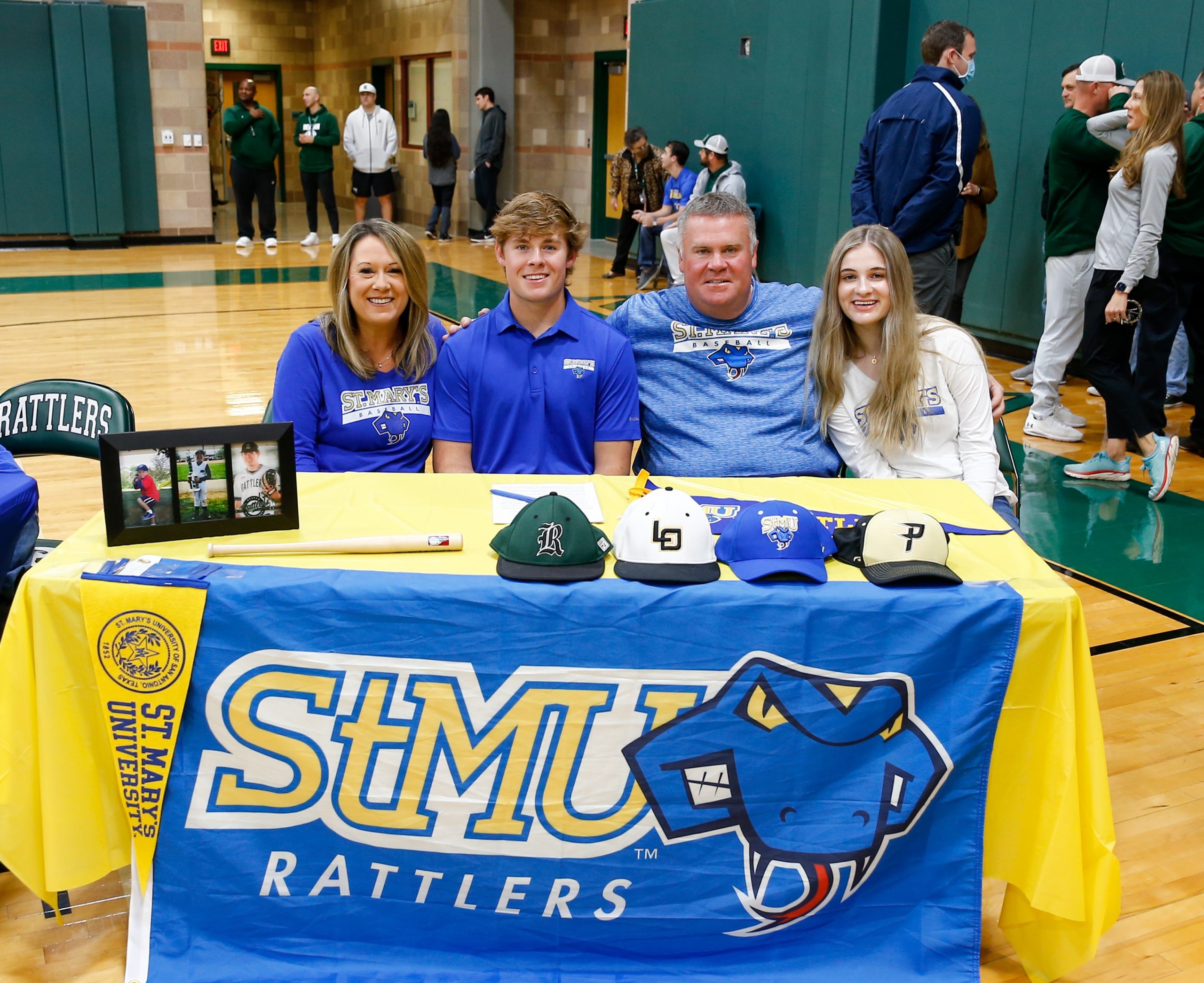 Baehr has pitched for Rattler Baseball since his sophomore year and is a three year Varsity letterman. Among his contributions to Reagan Baseball, he was named to the 2021 28-6A All District Second Team. Head Coach, Chans Chapman commented, “Billy is a 2 year starter for us and will pitch a lot of quality innings for us this year. He’s a hard worker, great teammate, and outstanding student.”

He has also been a dedicated student being selected for Reagan’s National Honor Society since his Junior year.

Outside of Reagan, Baehr has been a member of the Young Men’s Service League (YMSL) since  his Freshman year. The YMSL is a leadership and service organization.

We wish Billy continued success in his academics and athletics at St. Mary’s!