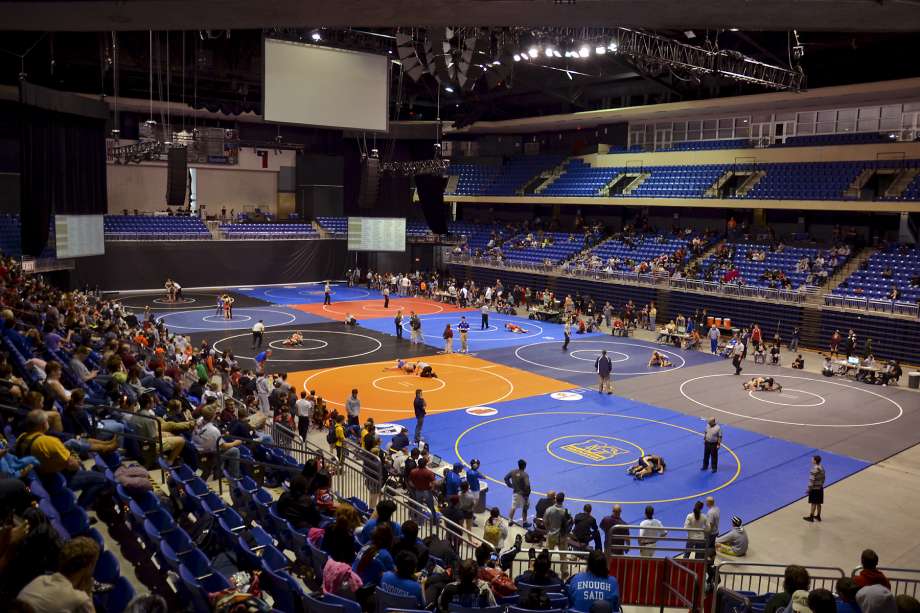 Last Friday and Saturday 1,400 hundred wrestlers from 99 teams descended on The Berry Center in Cypress, TX to compete in the Nation’s Largest Varsity Wrestling Tournament at the 18th annual CY Fair Invitational.

Often considered a “sneak peek” of the State Tournament, Reagan Boys came in 29th overall, finishing as the top NEISD team, beating out Johnson by 1 point.

Junior Zarek Hernandez was the only Rattler to place, taking 4th out of 57 at 106#.  Hernandez easily won his first 3 matches, but lost in the semi-finals by the narrow margin 3-6.  He came back to win his consolation semi-final match, and had to forfeit the 3rd place match due to a rib injury.  Hernandez scored a whopping 25 of the Rattler 75 points.

Sophomore Blake Jensen and Freshman Jimmy Benne contributed 10 Rattler points each.  Jensen went 3-2 for the weekend, with 3 pins in the 62 man 170# bracket.  Benne battled back after losing his first match and finished the weekend 4-2 in the 70 man 120# weight bracket.

Senior Tyler Brode and Junior Amir Mussalli each scored 8 Rattler points.  In the 69 man 152# bracket Brode cruised through his first two opponents, pinning both in the first period.  He lost the next two bouts by points in exciting and competitive matches, finishing the tournament 2-2.  Mussalli won his first 3 matches in the 64 man 138# bracket, and finished the weekend 3-2.