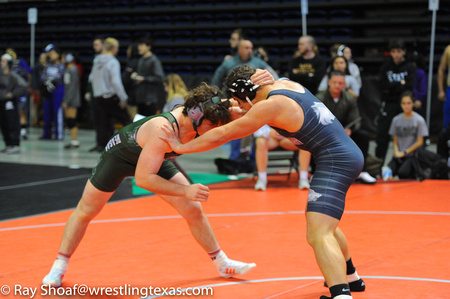 The Cy Fair Wrestling Tournament proved once again to be one of the top high school wrestling tournaments in Texas. Carson Droddy (120lbs) finished 5th while Nick Martinez (132lbs) and Collin Riley (220lbs) both took home 8th place medals.  There were 84 boys teams bringing 746 wrestlers with over 50 entrants in every weight class.  This year’s tournament featured matchups of some of the top wrestlers in the state from not only the Houston metro area, but also from the DFW area, San Antonio, Austin, Corpus Christi, and one team even making a Northeast trek to Houston from the Valley and one team crossing the state lines from Louisiana to compete.   Reagan wrestling will travel to El Paso next to compete in the State Dual Tournament.