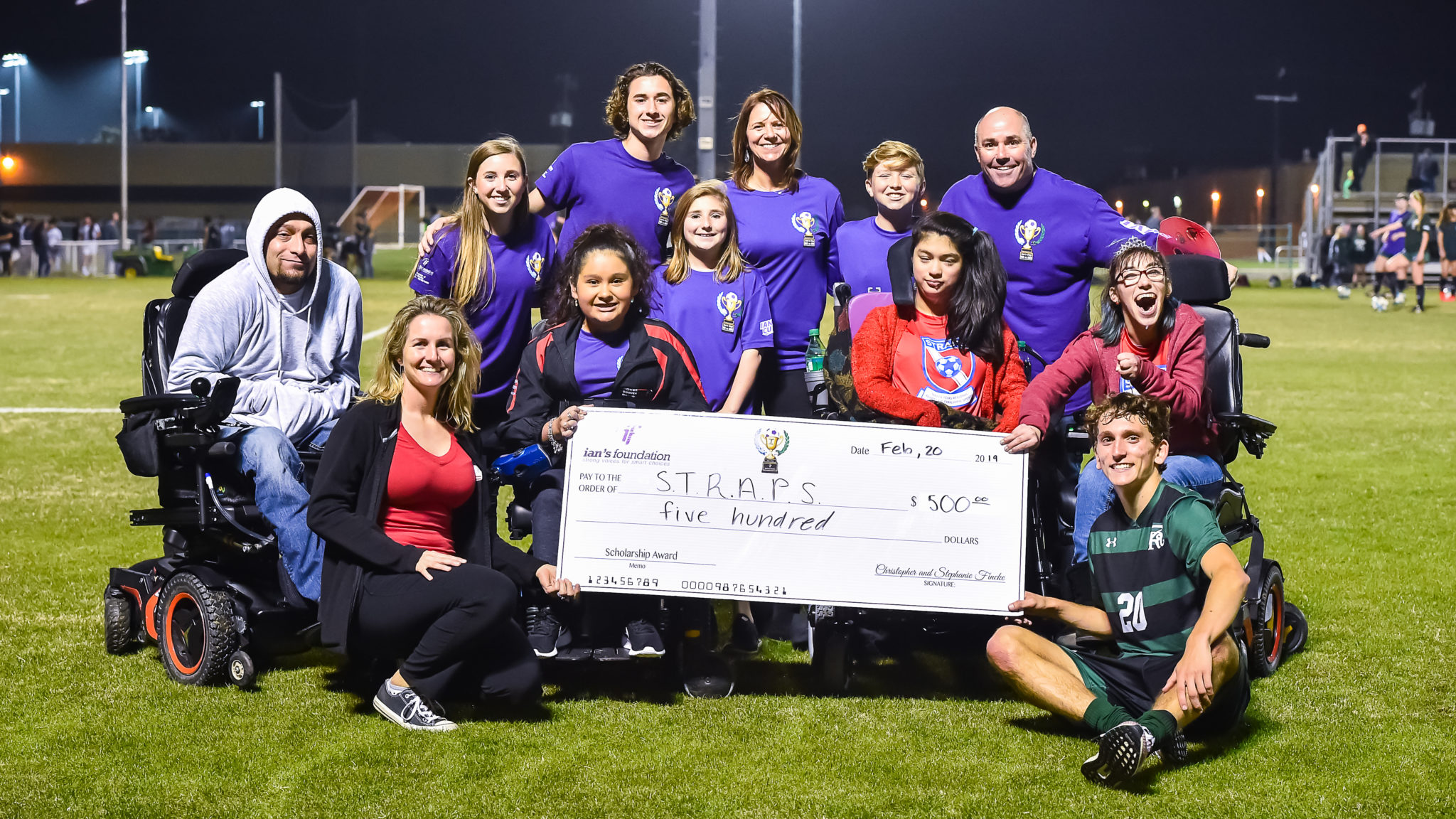 February 23, 2019 – Last night Reagan was successful in winning the Ian’s Cup over Johnson. The Boys defeated the Jaguars 2-0 and the Girls tied 1-1.

Part of the celebration included awarding Michael Morell, Senior Midfielder, one of the Ian’s Foundation Scholarships.  In addition to Michael receiving funds for higher education, he also got to chose a charity to receive funds. Michael chose STRAPS (South Teaxs Regional Adaptive & Paralympic Sports), an organization that allows individuals with physical disabilities to enjoy the game of soccer. To date over $47,000 in scholarships have been awarded in memory of Ian Fincke by the Ian’s Foundation.

The Ian’s Foundation was formed in memory of Ian Fincke, who played soccer for both Reagan and Johnson. Thank you to the Foundation for the wonderful work being done in the community and the positive impact on the youth of San Antonio.