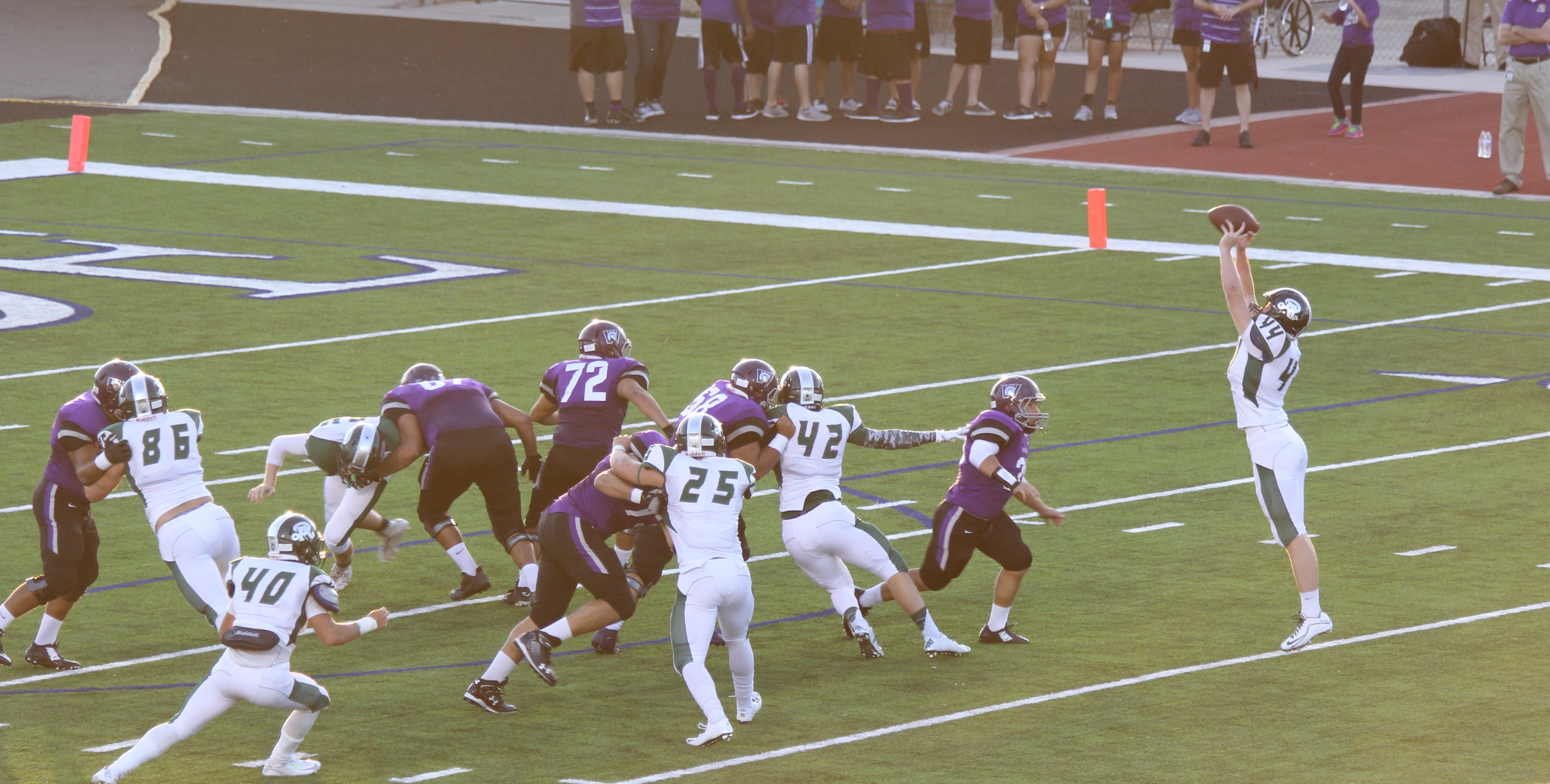 The Reagan Varsity Football geared up to face the Warren Warriors on Saturday September 12th at Gustafson Stadium. Despite the distance, the cooler air brought the Reagan fans out in a sea of green. The Warren Warriors were prepared and determined for a strong start with a their seasoned Varsity Team.

Though the Warriors scored first, Reagan was quick to defend their winning streak with a touchdown by #31, Senior Ian Leslie. Another touchdown followed suit scored by #22, Junior Marquis Duncan.The relentless Warriors scored two more touchdowns in the first half, leaving a half time score of 22-14 in their favor.

The mighty Reagan Rattlers returned from halftime opening the second half with a kick off return. Quarterback, #11, Junior Kellen Mond, passed to #1, Senior Matt Roberts for the Rattlers first touchdown of the second half! Marquis Duncan takes it up and over for a 2 point conversion. While #21 Senior DB, Vincent Hunter and, #40 Junior LB, Leighton Dimando are a force to be reckoned with making it impossible for the Warriors to score.

Warren makes it to 3rd & 10 in the 3rd quarter, but a tackle team of #43, DE Junior Jonathan Cox, and #44, LB Junior Kyle Andersen forces an unsuccessful punt. Then with 28 seconds left in the 3rd quarter, MAGIC! Kyle Anderson for the interception and Pick Six, and #3, K Junior Turner Davidson for yet another PAT! The Rattlers were on fire, and at the end of the 3rd Reagan leads 29 to 22.

The beginning of the 4th quarter Marquis Duncan shoots up the middle for a 1st down. Followed by a touchdown for #17, WR Senior Tyreke Holloman. With a sack and an unsuccessful field goal, Warren has yet to score in the second half. Ian Leslie has an awesome 20-yard run, setting the stage for yet another touchdown. Reagan Scores by #4 WR Senior Tyler Liser and PAT is good for Turner Davidson securing Reagans win 43-22. The Rattlers are training and fighting hard every week and look forward to the next game Saturday, September 19th against East Central at Comalander Stadium.