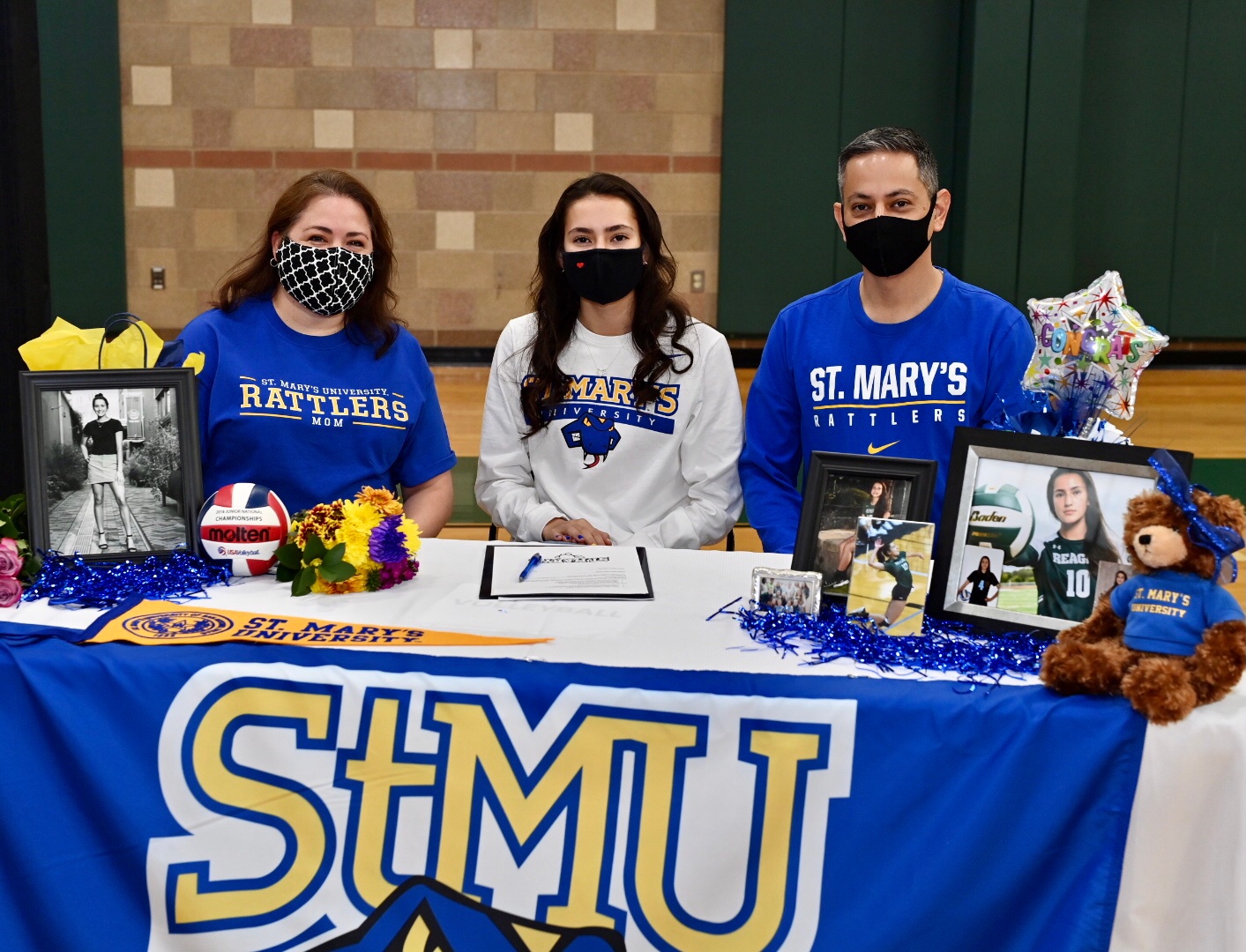 Julia Aleman signed with St. Mary’s University to continue her academic studies and play volleyball, earning both academic and athletic scholarships.
A 4-year starter and 3-year Letterman, Julia moved into the Reagan Program for her junior year, helping lead Reagan’s Varsity to a Co-District Championship, a 39-9 record for the 2019 season, earning awards at the John Turner Classic as Outstanding Hitter, Offensive MVP, and All-Tournament Team. She also made the Academic All-District Team, Second-Team All-District, Bi-District Champion & Area Finalist as well as recognition to the 2020 All-VYPE San Antonio Preseason UIL 5A-6A Team.

Since she was 13 years old, Julia played club for Alamo Volleyball’s top Premier teams, competing alongside the area’s top talent, against the toughest teams in the country, earning 1st Place in the National-Division Championship (at the USA Volleyball Girls Junior National Championships) during her 13’s season and earning an Open-Division bid her 14’s season. She also played club for San Antonio Magic, where she helped lead her team to a 5th place finish at Nationals in the Open-Division during her 15’s season.

Julia’s most thankful for the friendships she has made, the lessons learned about winning and losing, developing the discipline for maintaining excellence on the court and in the classroom, and the opportunity at being a positive role model to her teammates.

Julia is graduating early from Reagan this December and we look forward to cheering her on at St. Mary’s University this coming Spring 2021 and wish her continued success!