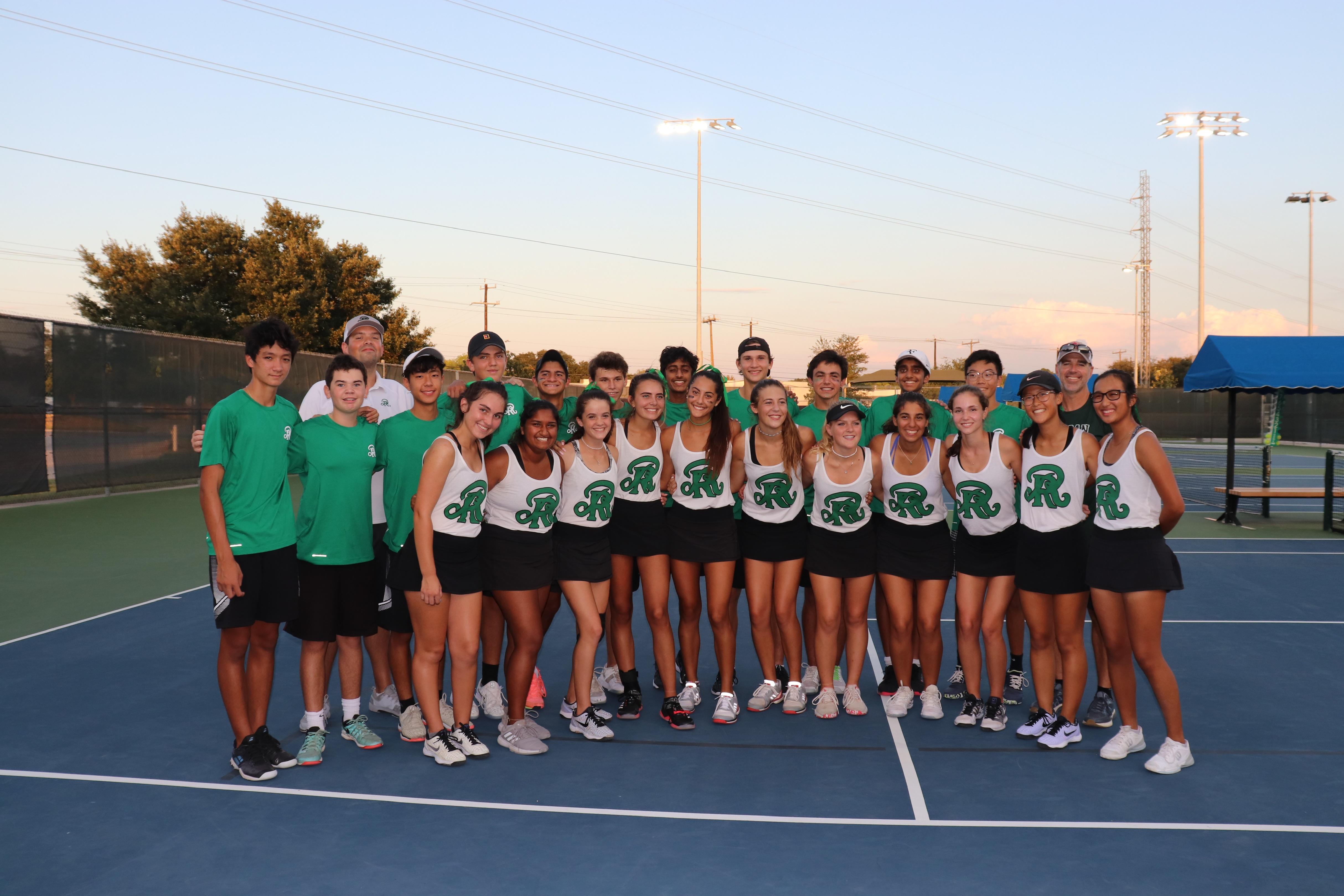 Reagan tennis won their 7th straight district title with a win over Johnson high school.  Both teams carried undefeated records in district play into the match but Reagan came out red hot winning the match 10-0.  The matchup started with doubles and mixed doubles play.  Bailey Godwin and Kyndall Quiroz came off the courts 1st with a 6-1, 6-2 win over Izzy McKinley and Kim Duncan in girls #1 doubles followed by the mixed doubles team of Joseph Snyman and Apeksha Peeris who won their match 6-1, 6-1.  The match of the day was at boys #1 doubles with Kyle Totorica and Fernando Andrade who lost the 1st set 7-5 but charged back to win the 2nd set 6-3 and then the tie-breaker 10-8 to give Reagan a total sweep of doubles and put the Rattlers up 7-0.  Singles followed the doubles play with girls #1 Bailey Godwin coming off first beating Izzy McKinley 6-0, 6-0 followed by Matthew Suarez who defeated Jessen Janisek 6-2, 6-1 and then Kyndall Quiroz at girls #2 singles downed Kim Duncan 6-0, 6-3 for the final 10th point.

Next up for Reagan will be the last match of the regular season against Clemens high school on October 8 at 4:30pm.  The match will be played at Blossom Tennis Center.   Come Cheer on your Rattlers!!!