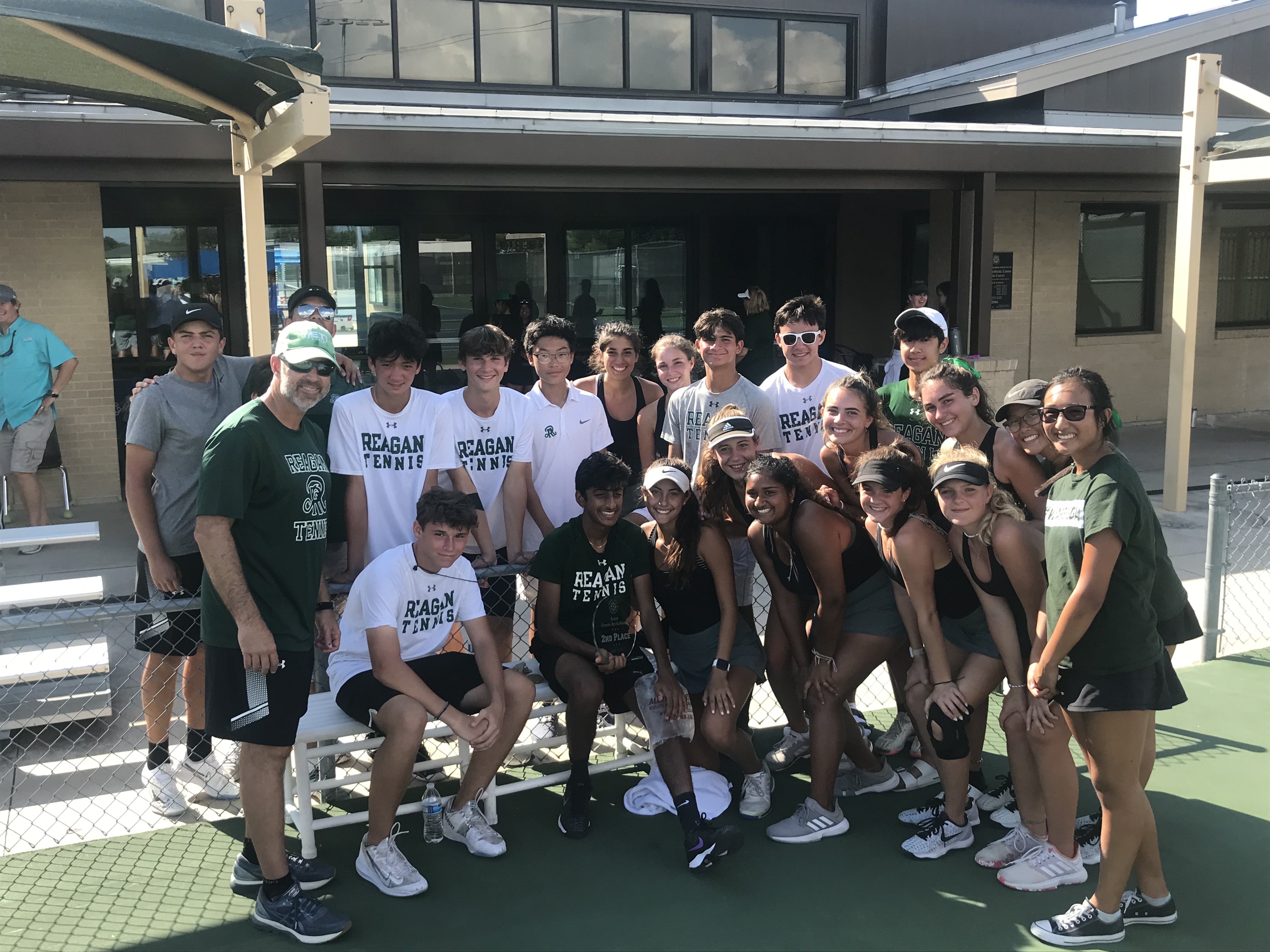 Reagan tennis had a great showing at the NEISD Invitational making it to the championship round.  On Friday morning the Rattlers started out by taking down Health Careers 10-1 in the round of 16.  In the quarter-finals, Reagan defeated Churchill 10-3 who defeated Dripping Springs high school in the 1st round.  In the semi-finals, Reagan took down Boerne Champion 10-3 in a tight battle that could have finished very close.  Alex Zink and Jeffery Xia won their singles matches to give Reagan the 10 matches needed to advance but Boerne Champion was leading most of the remaining matches that were stopped.  In the finals, the Rattlers were missing 3 key players to injury from earlier matches and lost a hot battle 11-6 to Fort Bend Clements high school.  Most of the players were in their 8th match of the weekend due to playing doubles and then singles in each round so most players in that championship round were running on empty.  Special recognition to Kyndall Quiroz who went (4-0) on the weekend in doubles play on a sore ankle that she rolled a week ago which kept her out of singles play and to Bailey Godwin and Kyle Totorica who went (8-0) in singles and doubles play on the weekend.