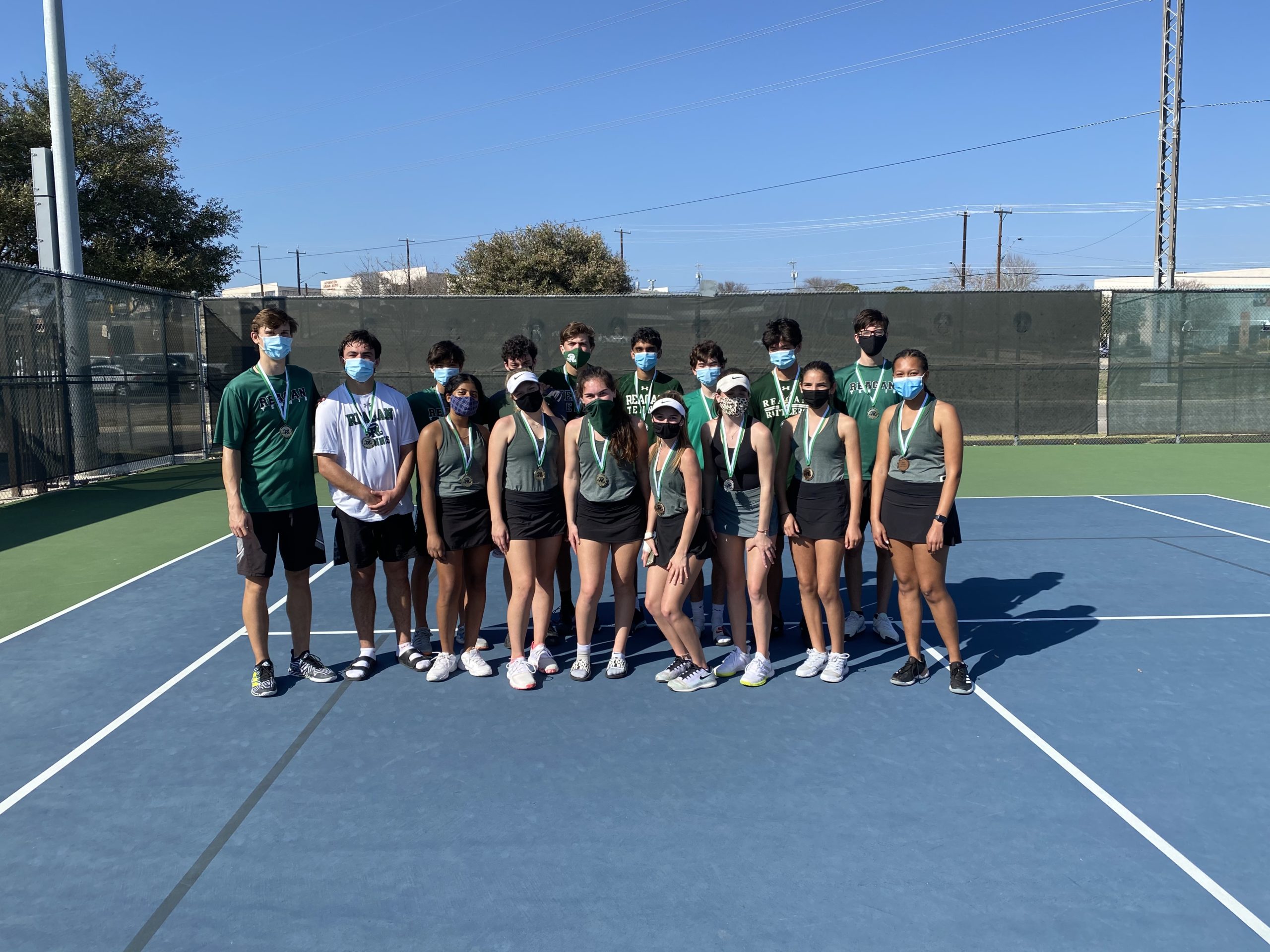 Reagan tennis took 1st place in 5 divisions Wednesday at the Reagan Varsity Invitational.  Taking 1st place in boys singles was Jon Totorica who only dropped 5 games the whole tournament while Jackson Flummer took 1st place in the singles B draw.  In the semi-finals and finals, both of Jackson’s opponents had to retire during the match due to cramping.  In the finals, Jackson found himself trailing Gavin Fonger of Reagan 2-5 in the first set before coming back and taking a 6-5 lead.  At that point, Gavin had to retire.  In boys doubles, Deuce Daniel and Joseph Snyman took 1st place and had the match of the tournament in the semi-finals when they saved multiple match points to come back and win 6-1, 4-6, 14-12 against Alamo Heights.  The point of the match was when Reagan was down match point and Alamo Heights had 5 overhead smashes to try to win match point but Joseph and Deuce played amazing defense retrieving each smash and lobbing it back.  The point ended when the last smash was a little slower and Joseph ripped a forehand cross court to force the error.  Taking 1st place on the girls side was Dharshini Mahesh in the girls singles B draw and Kara Greenlee and Alissa Ortiz in girls doubles.

Next up for Reagan is the New Braunfels Varsity Invitation on March 5.