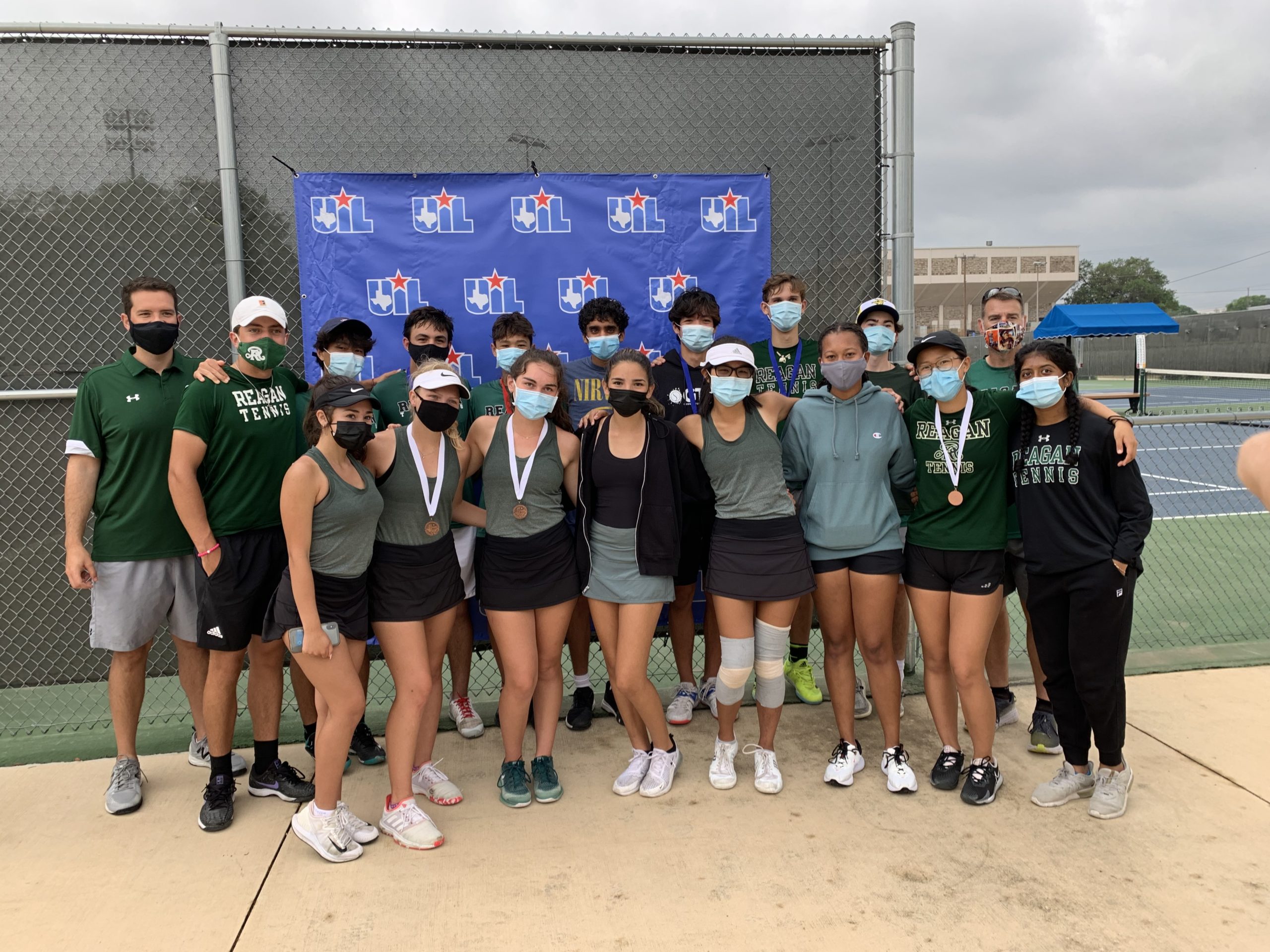 Reagan’s Kyle Totorica took 1st place in boys singles defeating his younger brother, Jon Totorica, 6-3, 6-2.  Both players were crushing their groundstrokes while everyone watching enjoyed the show.  Both players are already playing at a college level and should have a chance at making State this year.   Deuce Daniel and Joseph Snyman had the tightest match of the tournament in the finals of boys doubles defeating Jack Pierce and Lucas Bustos from Johnson high school.  The match was even going back and forth in the 1st set with Jack and Lucas eventually taking the set 6-4.  Coach Daniel made some adjustments to their strategy as Deuce and Joseph stormed back to take the 2nd set 6-1.  In the final set, Deuce and Joseph trailed 3-4 but used aggressive volleys and powerful overheads to come back and win the deciding set 6-4 to take the title.  This match had so much energy with both teams making so many great shots while the crowd was pumped up watching this big rivalry match.  All 1st and 2nd place finishers will advance to Regionals in 2 weeks.

Taking 3rd place today and barely missing the cut for Regionals was Kathy He in girls singles who lost to Grace Deininger from Brandeis high school 6-3, 3-6, 6-0 in the semi-finals.  Kathy then won the playoff for 3rd place against fellow teammate Jacqueline Huang.  Alissa Ortiz and Kara Greenlee lost in the semi-finals to Margaret McFarland and Alba Chocron from Clark high school 7-6, 6-3.  They won their playoff match for 3rd place by default over fellow teammates Paulina Razo and Emily Higgs due to injury.  In mixed doubles, Matthew Kim and Melanie Villarreal lost in the finals to Graidyn Bowe and Mattea Bowe from Madison high school 6-1, 6-0.  In the playback for 2nd place, they lost to Andre Nguyen and Sabrina Adamson from Clark high school 6-4, 6-2.

Next up for Reagan tennis is the Region IV-6A Tournament on April 27-28.  McFarlin Tennis Center will be site used and matches will start at 8am each day.  The top 2 players from each draw will advance to the State Championship on May 20-21 at Texas A&M.