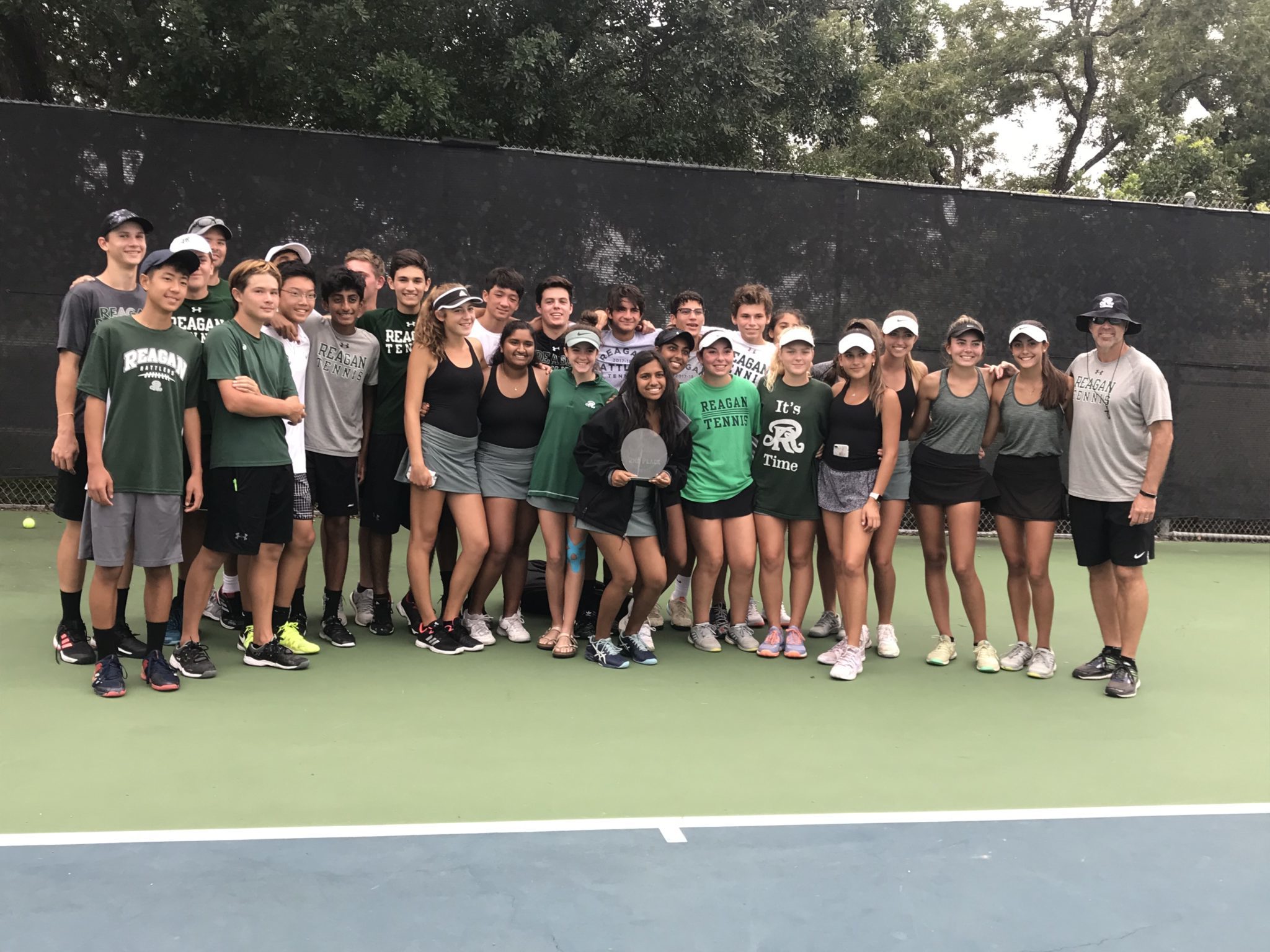 September 22, 2018 – Reagan downed Alamo Heights 10-9 in the semi-finals in one of the tightest matches this season. The match started with doubles with Reagan jumping out to a 4-3 lead when Bella Ortega and Maansi Shah won the last match of doubles 10-8 in the 3rd set.  This match would end up being full of deciding set finishes.  With Reagan up 7-5, Bailey Godwin won her match 6-3, 4-6, 10-0 to put Reagan up 8-5.  Alamo Heights won the next three matches to put the overall score at 8-8.  Brent Freeman went down 2-8 in the 3rd set and rallied back to win 10-8 to put Reagan up 9-8.  Ruchi Sehgal fought back after losing the 1st set to win the 2nd set but fell short in the deciding tie-breaker to even the matchup at 9-9.  In the final match pressure was high as all players and parents cheered on #6 boys singles.  Matthew Suarez of Reagan went down 5-7 in the 3rd set tie-breaker but cameback to win 10-8 to send Reagan to the finals.

In the finals Reagan fell to Clements high school from Houston 10-5.  In this event Reagan came across 2 of the best players in the nation. Alamo Heights #1 girl, Fiona Crawley, won the 16 & under national championship and played in the junior U.S. Open.  Clement’s #1 boy, Jaycer Lyeons, was the #1 ranked player in the nation in 2017 and played in the junior Australian Open.

Next up for Reagan will be district rival, Churchill high school.  The match is scheduled for Wednesday, September 26 at 4:30pm and will be played at Blossom Tennis Center.  Come cheer on your Rattlers!!!