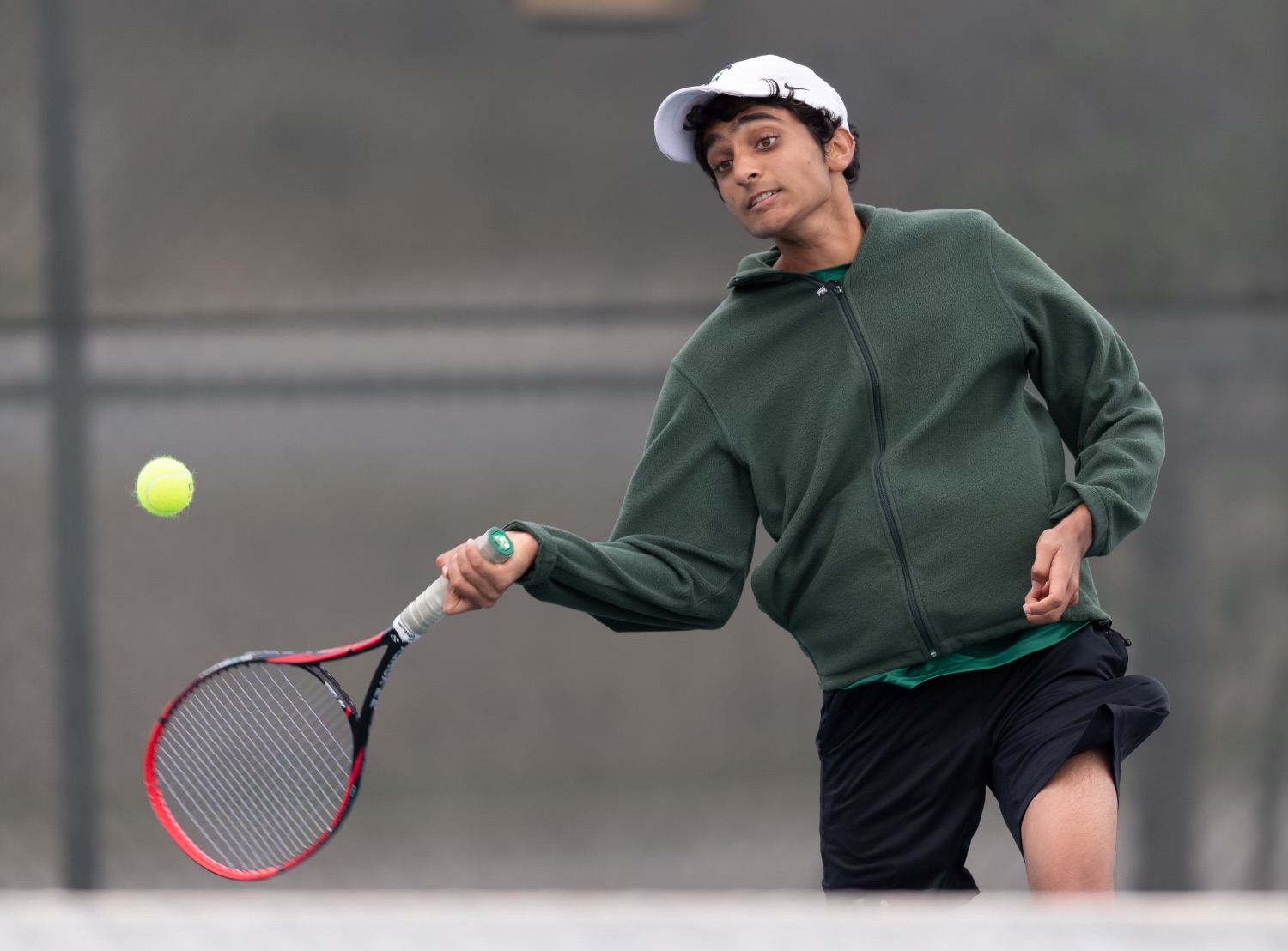 Reagan varsity tennis suffered their only loss of the season to Westlake High School in the Regional quarter-finals of playoffs 10-2.  The match was closer than the score indicated as Reagan lost two doubles matches in 3rd set tie-breakers which could have had the match set at 3-4 heading into singles play.  After doubles, Reagan found themselves trailing 1-6 and would need to win 9 out of 12 singles matches to pull off the upset.

Kyle Totorica was the first off the court in singles after winning the first set 6-4 and then his opponent had to retire due to fatigue.  Kyle did a great job extending points with great defensive skills and then on offensive ran his opponent corner to corner to earn the retirement from Westlake’s #1 player, James Cockrell.  The other win from Reagan was from the girls #2 doubles team of Emily Higgs/Alissa Ortiz 6-2, 6-3.

The loss ends Reagan’s team season with the individual season set to begin in Early February.  Kyle Totorica will look to return to State after making the singles finals during his freshman season.  Last years individual season was cancelled due to Covid-19 so head coach, David Daniel is excited to see how Kyle can do now that he is much bigger and stronger.

Reagan’s outlook for next years team season is very bright as the only senior on this years team was Shaan Desai, pictured above, who has played an important role on the boys singles and doubles line-up the last 3 seasons.  Thank you Shaan for all that you’ve done!  You will be missed!!!