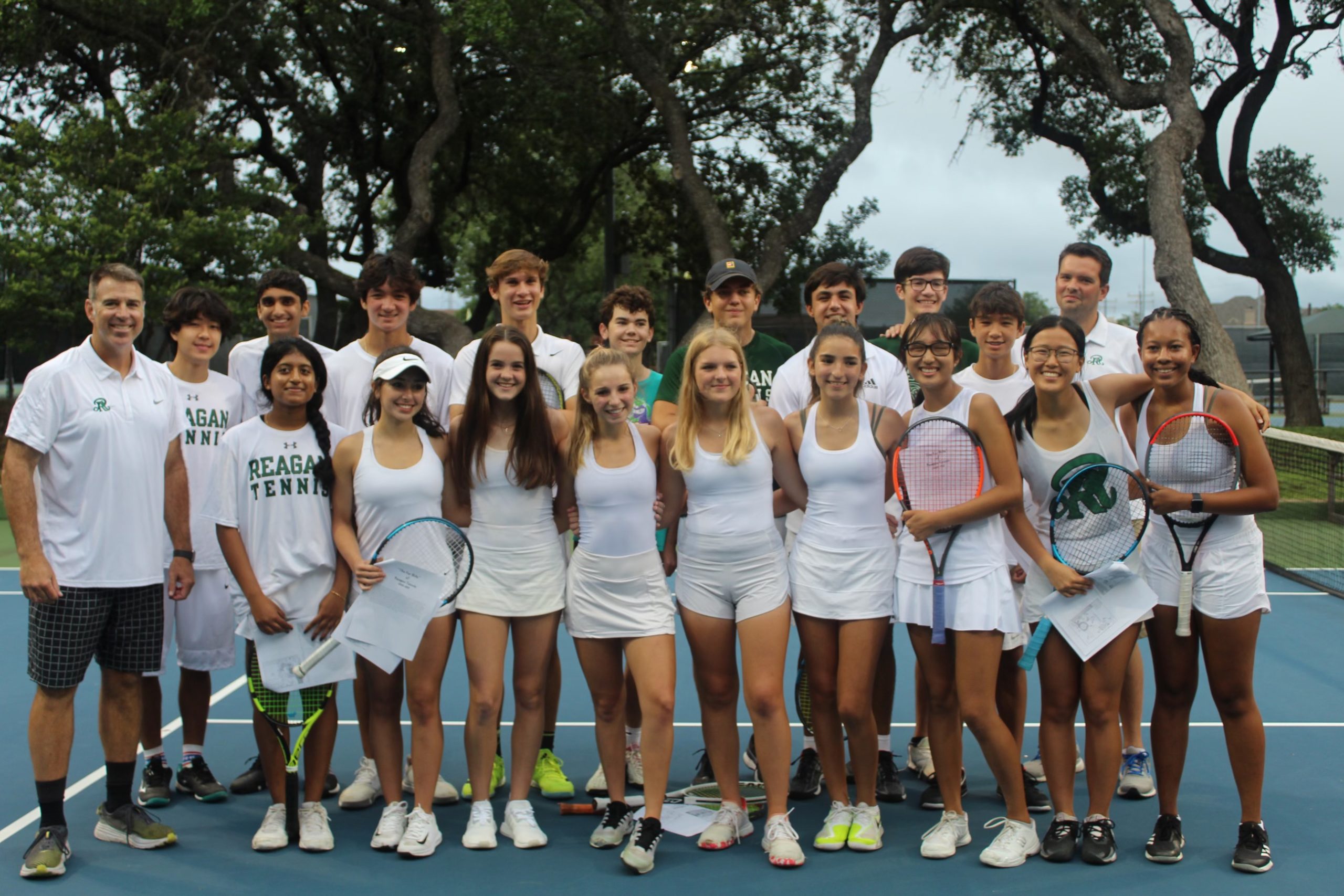 Head coach David Daniel is known for throwing a great end of year banquet and 2021 may have been the best one yet!  Coach Daniel decided to do a tennis mixer theme for the first time which is players and their relatives playing rounds of doubles against the other families.  It was great seeing fathers, mothers or siblings getting to play with their Reagan tennis player against others in a format designed for fun with a few rounds played.  Many thanks to Kelley Higgs and Owena Totorica for securing The Club at Sonterra along with being in charge of decorating, dinner and awards.

After the mixer was played, players had dinner followed by coach Daniel doing his amazing speeches on each and every player.  He started with freshman like Jon Totorica who played #2 singles and qualified for Regionals, Paulina Razo who placed 4th at districts in doubles, Livia Washington who played #3 doubles and Melanie Villarreal who placed 3rd at districts in mixed.  Coach then shifted to the sophomore class which had our girls #1 and #3 singles players in Kathy He and Jacqueline Huang followed by the huge 12 player class of juniors with #1 singles Kyle Totorica, #2 girl Emily Higgs, #3 singles Deuce Daniel, #4 girl Kara Greenlee, #4 boy Joseph Snyman and #3 doubles Imanol Avila who all played pivotal rolls in Reagan winning their 8th straight district title.  Lastly, the lone senior, Shaan Desai, represents how much talent returns next year in a year that Reagan tennis will be the heavy favorite to win their 9th straight district title.  Shaan was a 4 year varsity player and played #5 singles and #3 doubles this year.  The best memory of Shaan was definitely his deciding match victory over Dallas Episcopal in the National High School event in Waco, TX.  The win put Reagan in the semi-finals with teams from Texas, California, Arizona and Nevada playing the event.

And lastly, a special shout out to David Daniel who has been the Reagan tennis coach since Reagan opened 22 years ago.  He has won 12 districts championships in total and will be the heavy favorite to win his 9th straight next year.  Thanks coach Daniel on making this a special evening and making this event about family.  Rattler Nation is honored to have you!!!