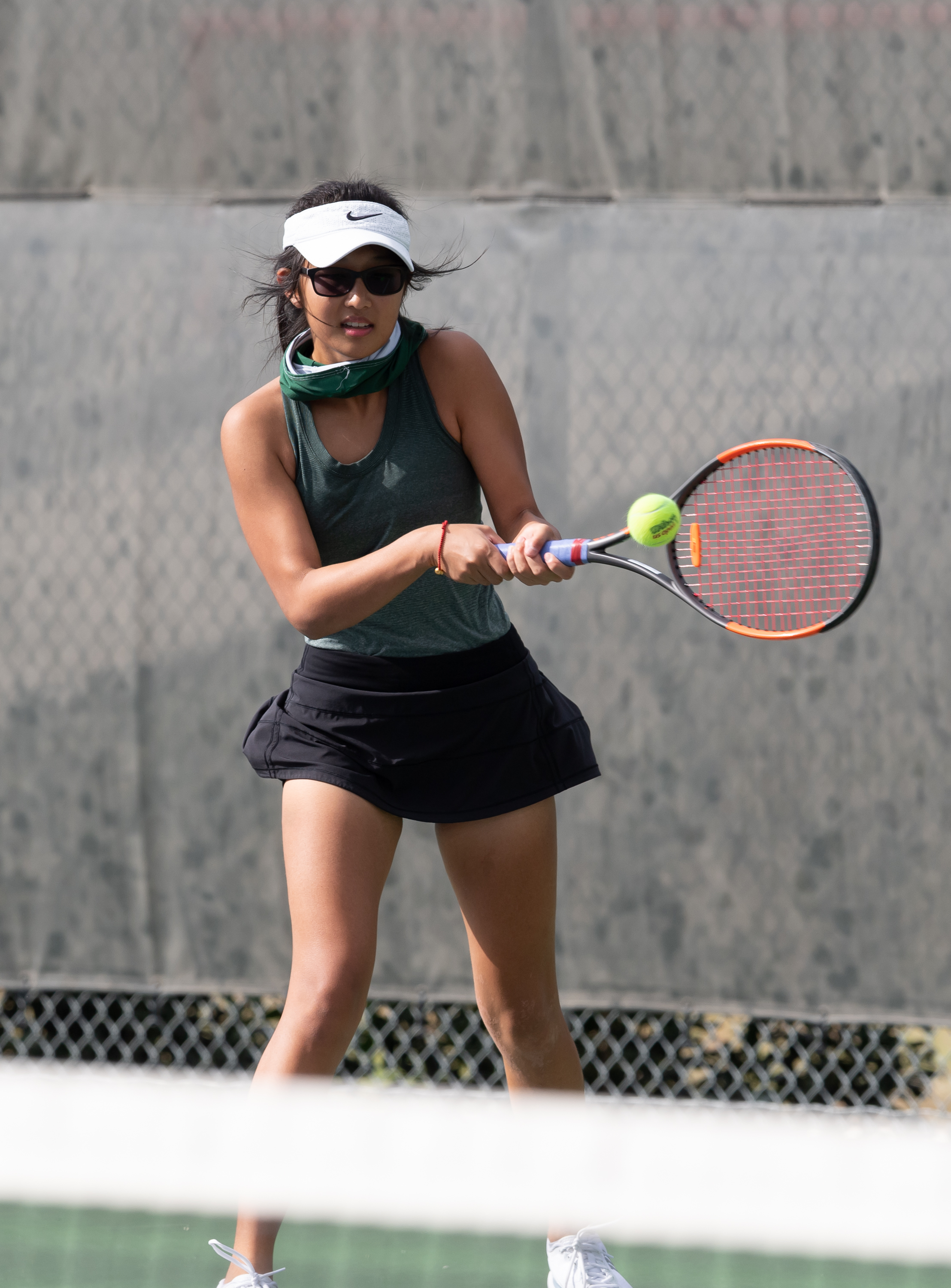 Reagan tennis advanced to the quarter-finals of Regionals with a win over Vandegrift High School 10-5.  The match was much closer than the final score would indicate.  Vandegrift started off strong with a 6-0, 6-0 win at girls #3 doubles.  Reagan tied it up at 1-1 when Shaan Desai/Imanol Avila won boys #3 doubles 6-2, 6-1.  Vandegrift took the lead again when boys #1 doubles won 6-4, 6-3.  Deuce Daniel/Mateo Kolkebeck tied it up at 2-2 with a 6-1, 7-5 victory.  Reagan then proceeded to get wins at girls #1 and #2 doubles as well as mixed doubles to go up 5-2 heading into singles play.

Kyle Totorica made quick work of Nico Montoya 6-1, 6-2 to put Reagan up 6-2.  Vandegrift then won girls #1 and #2 singles to put the match at 6-4.  Reagan then added wins from Jon Totorica, Deuce Daniel and Joseph Snyman as Kara Greenlee dropped her match at girls #4 singles 7-6, 6-3 to put the match at 9-5.  The final win came from Mateo Kolkebeck at boys #6 singles who dominated his match 6-0, 6-0 to give Reagan their 10th and final win.  Mateo’s match proved to be crucial as Reagan was down in 3 out of the 4 remaining matches being played.

The tightest match of the day came at mixed doubles when Kyle Totorica and Emily Higgs were pitted against the top boy and girl from Vandegrift.  Down 5-6 in the 1st set, the pair saved multiple set points to come back and win 7-6, 6-4.

Up next for Reagan will be Westlake High School.  Please check the Rattlersports.com website under varsity tennis schedule this weekend for time and location info.