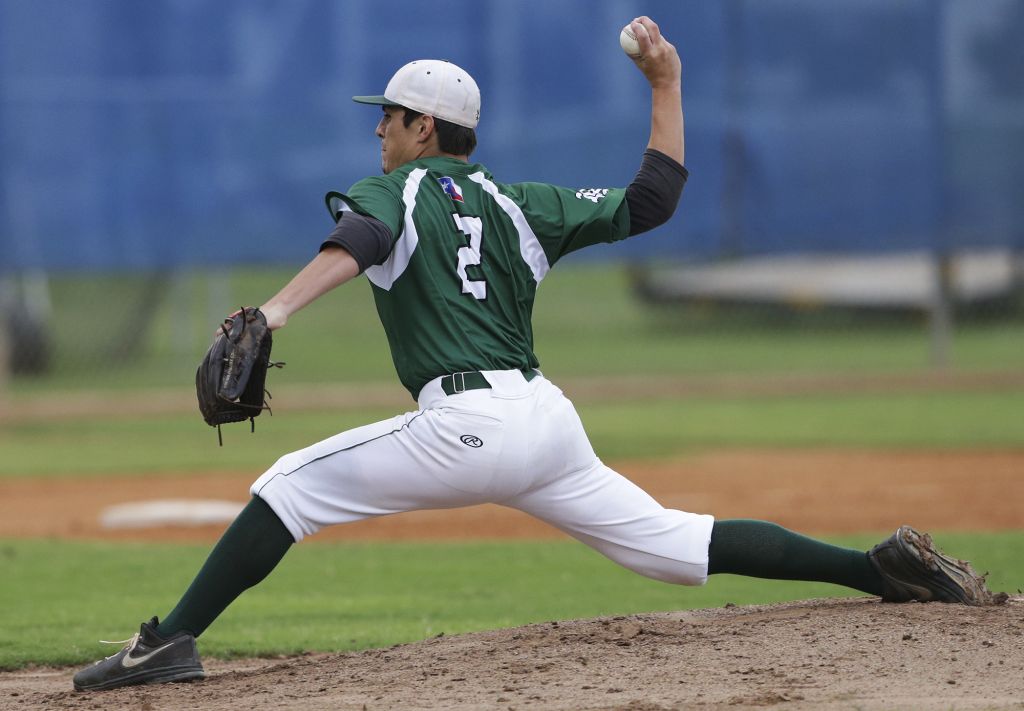 By the time Reagan and Smithson Valley crossed the field for postgame handshakes on Thursday night, the crowd was a little thinner and tension was a lot lower than it was earlier in the evening.

There were a couple of ejections, a whole lot of shouting and a good amount of baseball played at SAISD Sports Complex in a big Region IV-6A third-round series. Reagan rattled Smithson Valley and picked up an 11-0 win in Game 1 of the best-of-three series.

“We’d knew it’d be intense coming in,” Reagan coach Chans Chapman said. “There are probably a couple of times it got a little out of control.”

Game 2 is set for tonight at 7:30 p.m. at SAISD Sports Complex. The winner of the series will face Laredo Alexander or La Joya Palmview in the next round.

Smithson Valley senior pitcher Cole McKay, an LSU signee, lasted 51/3 innings before he was relieved. McKay allowed six earned runs and lost his command in the fourth inning when a few wild pitches and Reagan hits allowed the Rattlers (29-4) to take a 4-0 lead and never look back.

McKay, who went to first base after he left the mound, was ejected in the seventh after an argument with someone in the stands. Reagan center fielder Zach Morrow was tossed in the sixth inning after he disagreed with a called third strike.

Chapman and Smithson Valley coach Chad Koehl were called to home plate for a discussion during the middle of the contest, before all of that happened.

“We lost our composure and they were better than us — period,” Koehl said. “We didn’t battle at the plate. We got down. It’s unfortunate, because these kids are better than that.”

Koehl said Reagan took away the inside part of the plate, which affected McKay’s effectiveness. The Rangers (23-7) only managed five hits in the game and committed three errors.

Reagan started Andrew Garza instead of its top pitcher, junior Reagan Sosa, a Texas commit. Garza responded by stifling the District 25-6A champions.

“They got some guys that can hit, and he held them to no runs,” Chapman said. “But he’s pitched well for us all year.”