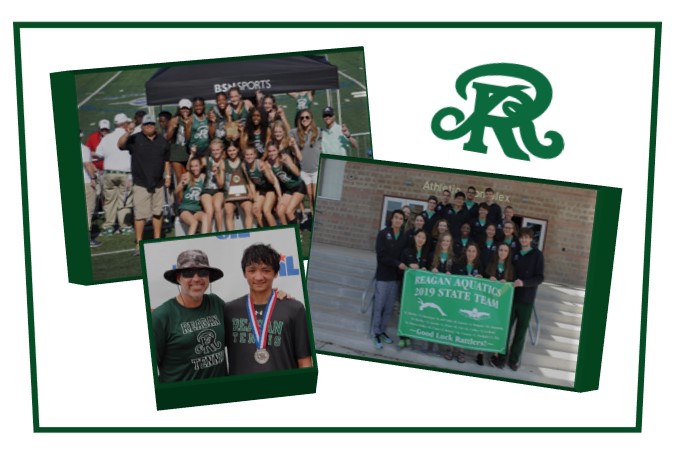 In the ranking for the prestigious Dan Cook Cup, Reagan tied for 8th in the Express News area and tied for 2nd in 6A. Points for the Cup are given for each sport, based on district, regional and state finish, as well as playoff advancement and for individuals making Express-News All-Area teams.

Reagan athletes who made State appearances this past year included:

And, Reagan coaches earning E-N Coach of the Year, included:

Congratulations to all these athletes, coaches, and teams for their contributions! We’re looking forward to seeing our Rattlers perform in 2019-2020!