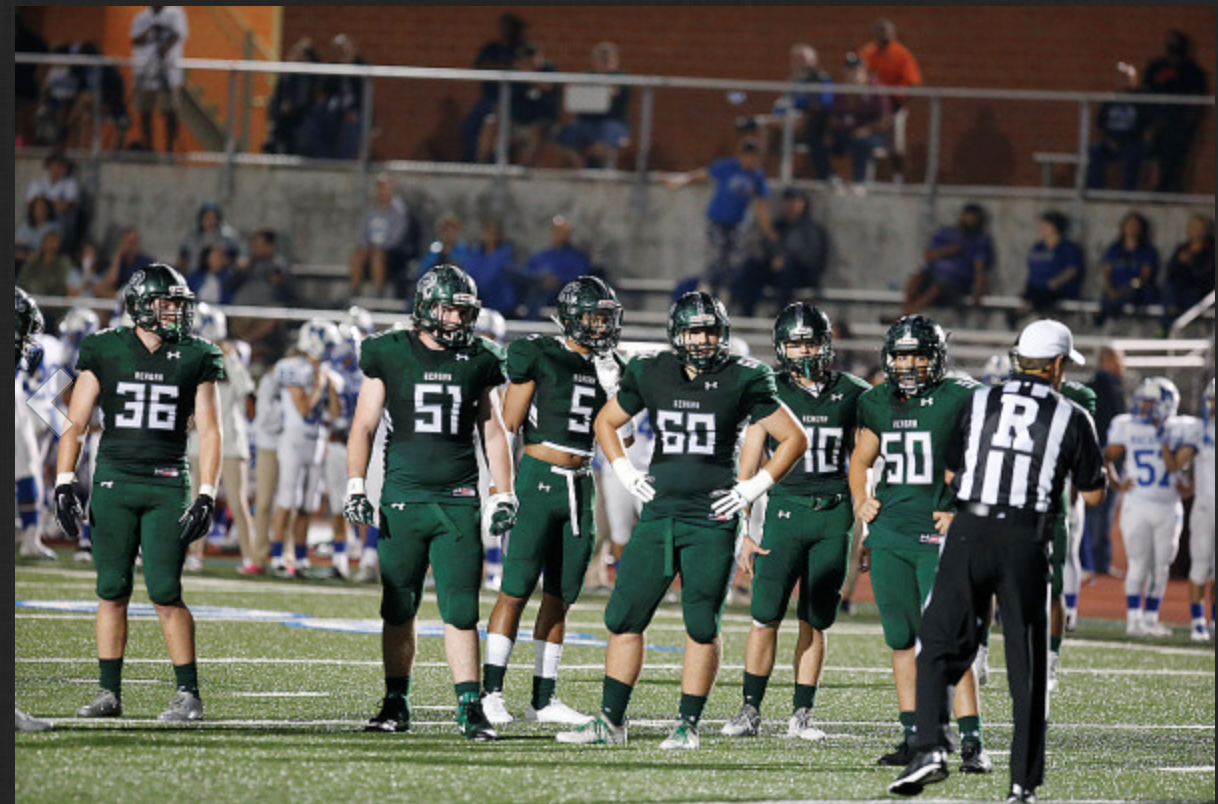 Saturday, September 30, 2017. Article courtesy of mysanantonio.com.  Reagan could do little to contain the aerial attack led by MacArthur quarterback Tyler Vitt, who completed his first 29 passes Friday night and staked his team to a 14-point halftime lead.

But the Rattlers had a streak of their own. Not even a near-perfect performance by the Brahmas’ stellar senior could stop it.
John Carrington rushed for a game-tying touchdown with 25 seconds left in the fourth quarter of a District 26-6A opener in front of 3,206 at Heroes Stadium. Then, after MacArthur settled for a field goal to start the overtime period, Carrington ran for another TD to lift Reagan to a 38-34 victory that stretched its district winning streak to 25.
“It’s amazing,” Reagan defensive lineman Roberto Palomera said. “Four years in the making, going on for five.”
Palomera and Spencer Gilliam each had second-half fumble recoveries to help the Rattlers (4-1, 1-0 district), No. 9 in the Express-News Class 6A rankings, come from behind against the Brahmas (1-4, 0-1) and avoid their first district loss since 2012. MacArthur’s only score after halftime was Vitt’s 25-yard TD pass to Ethan Gottschalk, which gave Mac a 31-24 lead with 3:48 left in the fourth quarter.

The 6-foot-2, 205-pound Vitt, who did not throw an incomplete pass until the final quarter, finished 36 of 42 passing for 437 yards and four TDs. Two went to Gottschalk, who had nine catches for 165 yards, while Lanir Shabazz caught 12 passes for 149 yards and a score.
“It was a great game, down to the (freaking) wire,” Vitt said. “We left it all out on the field.”
Reagan raced out to a 7-0 lead, with Eric Sierra racing for an 87-yard touchdown run on the second play from scrimmage. The Rattlers’ offense bogged down after that, though, gaining only 63 yards and scoring just three more points for the rest of the half.
MacArthur scored on its first four offensive possessions — a 31-yard field goal by Grant Becker and three TD tosses by Vitt. He hit Gottschalk for a 25-yard score late in the first quarter, which gave MacArthur a 10-7 lead, and fired an 11-yard scoring pass to Michael Groff early in the second. His 2-yard TD pass to Shabazz seven seconds before halftime gave Mac a 24-10 advantage.
Travis Sthele got the Rattlers to within seven with a 29-yard TD pass to Reggie Wilson in the third quarter and tied it with a 7-yard scoring run in the fourth.
“We just had to go get it for them,” Carrington said of the Reagan offense. “We had to go bring this team together.”
adam.zuvanich@express-news.net