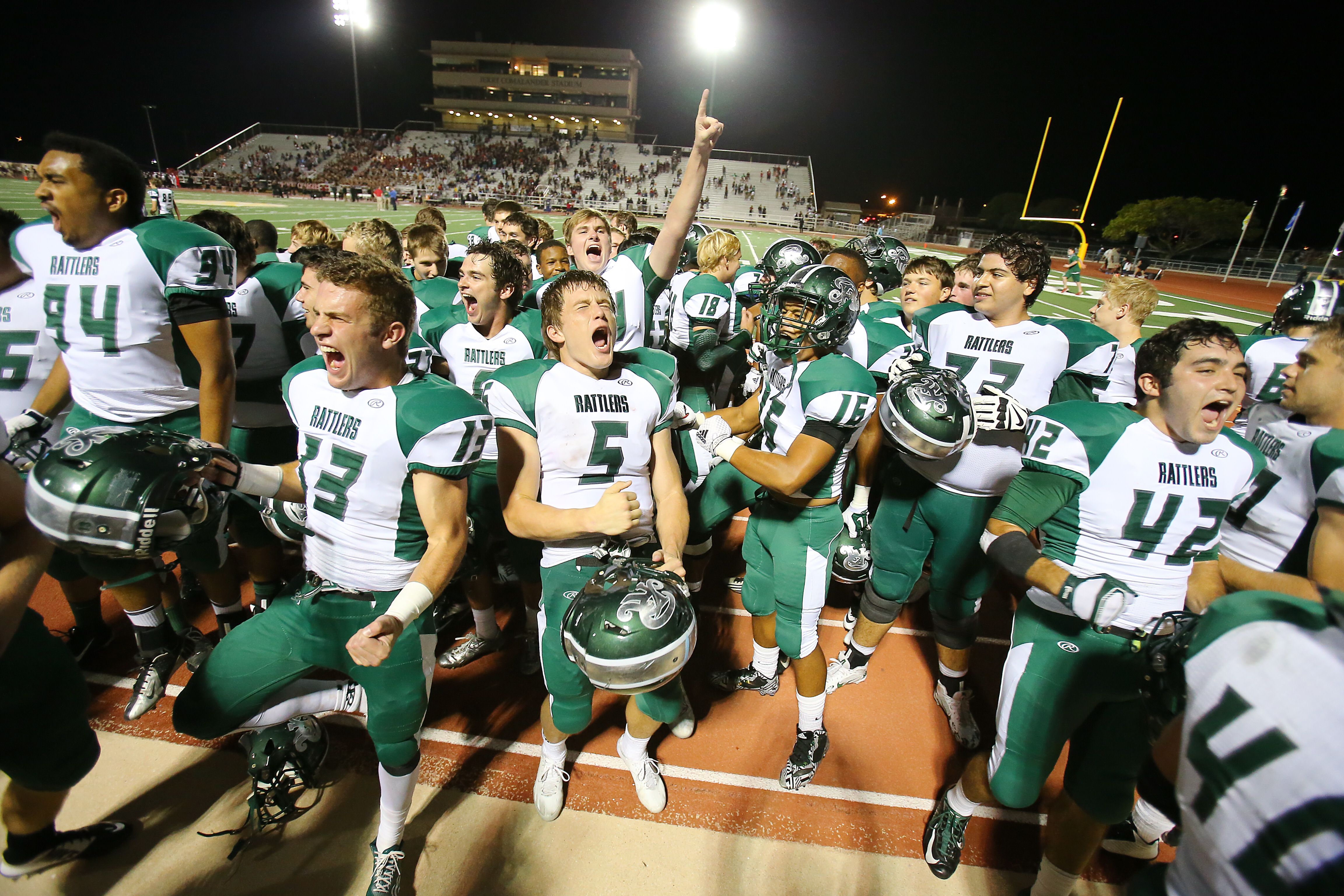 Smithson Valley did just about everything it could Saturday afternoon to knock off Reagan in their Class 6A Division I bidistrict playoff game at Farris Stadium.

The Rangers blocked two punts, blocked a field goal and needed a touchdown on the final play of the game to force overtime.

But Reagan slithered away.

The Rattlers held off Smithson Valley for a 21-14 victory on a cold and misty afternoon at Farris Stadium. Reagan advances to face East Central or Stevens at 4 p.m. Saturday in the Alamodome.

“We knew it was going to be a dogfight,” Reagan coach David Wetzel said. “We didn’t think this would be easy at all. We tried to shoot ourselves in the foot every way we could in the first half, but we found a way to come back in the second half and get it done.”

With six seconds left, the Rattlers (10-1) locked arms on the sideline as Smithson Valley had one more chance to tie the game. But as soon Smithson Valley quarterback Josh Adkins’ lofty 19-yard pass into the back right corner of the end zone fell incomplete, Reagan’s players let loose from each other to celebrate.

Smithson Valley (6-5) used big plays on special teams to stay in a game where the offense only gained nine first downs. Two blocked punts by junior Jeff Savard and a blocked field goal by junior Derek Housler kept the Rangers within striking distance.

But Smithson Valley couldn’t cash in on those opportunities.

“(Special teams) kept us in the ball game,” Smithson Valley coach Larry Hill said. “We struggled to move it at times, we struggled to stop them at times but that was the difference and gave us a chance to win.”

Reagan sophomore quarterback Kellen Mond used his long legs to carry the ball 28 times for 208 yards and one touchdown. He also threw for another touchdown in the victory.

But he was helpless in the closing minutes, watching from the sidelines as Hill’s crafty squad came within one completion from cutting the deficit to one.

Smithson Valley converted two fourth downs on the final drive, including one that came off a successful hook-and-lateral play.

The nerves Mond said he had in the final few seconds vanished as Reagan’s players spilled onto the field after the final play.

“We found a way to win,” Wetzel said. “That’s what you have to do this time of year.”