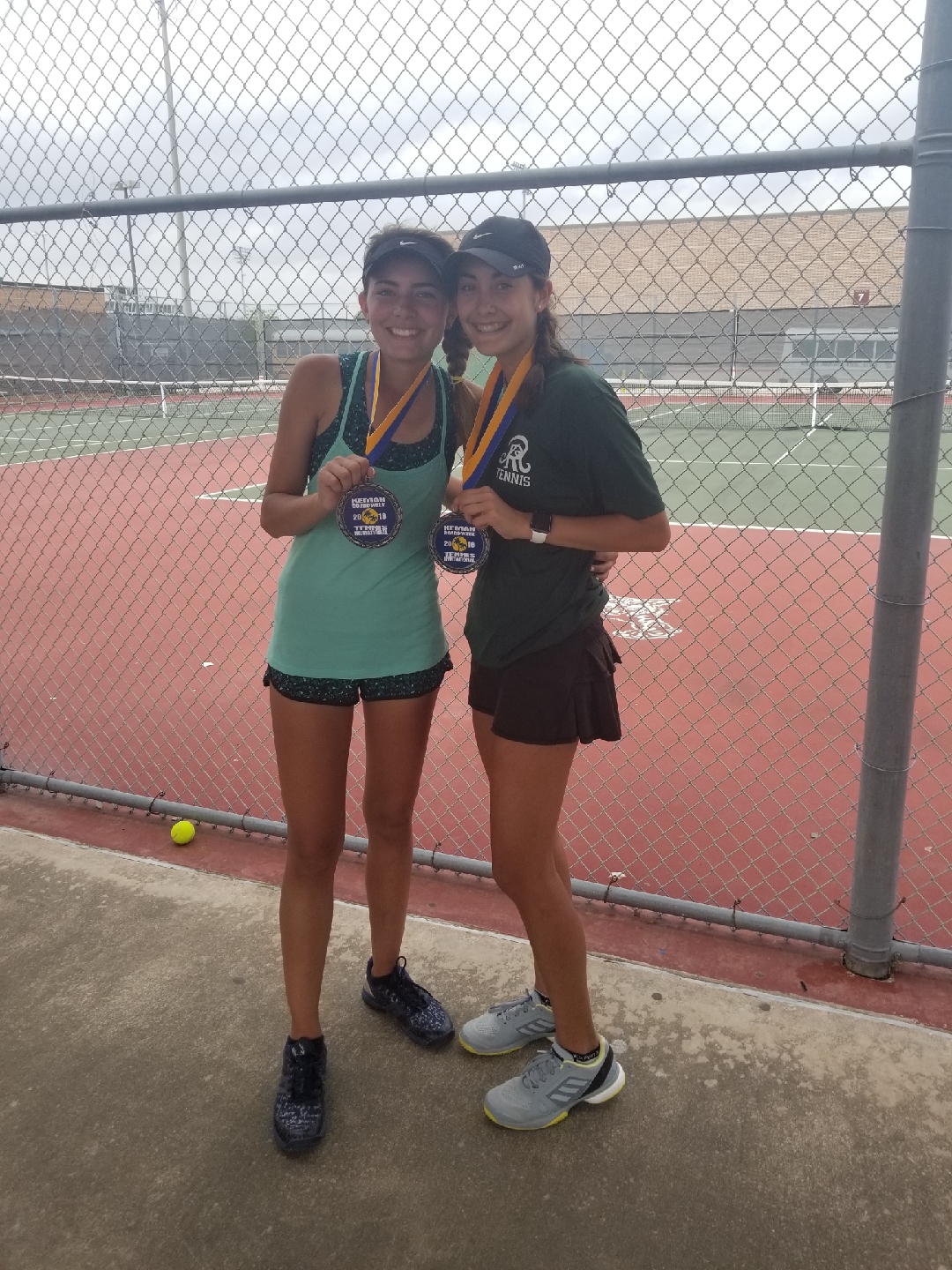 March 24, 2018 – The Reagan girls doubles team took 2nd place in the Kemah Invitational.   In perhaps the toughest tournament of the year Bailey Godwin and Kyndall Quiroz played some of their best tennis making their way to the finals.  The doubles pair won 1st and 2nd rounds easily 6-0, 6-0 and 6-1, 6-2 on Friday.  In the quarter-finals the girls had a tough battle with Fort Bend winning 4-6, 6-0, 11-9 to advance to the semi-finals.  In the semi-finals the girls had to play against the #1 seed and top team from Alamo Heights beating Texas 3rd ranked girl in the state 6-7, 6-4, 7-5 in a 3 hour match.  In the finals Bailey and Kyndall fought hard but after being tied at 4-4 in the 1st set started to wear down eventually losing 6-4, 6-2.

The District Championship will be April 5 at Blossom Tennis Center.  The finalists of that tournament will advance to Regionals.