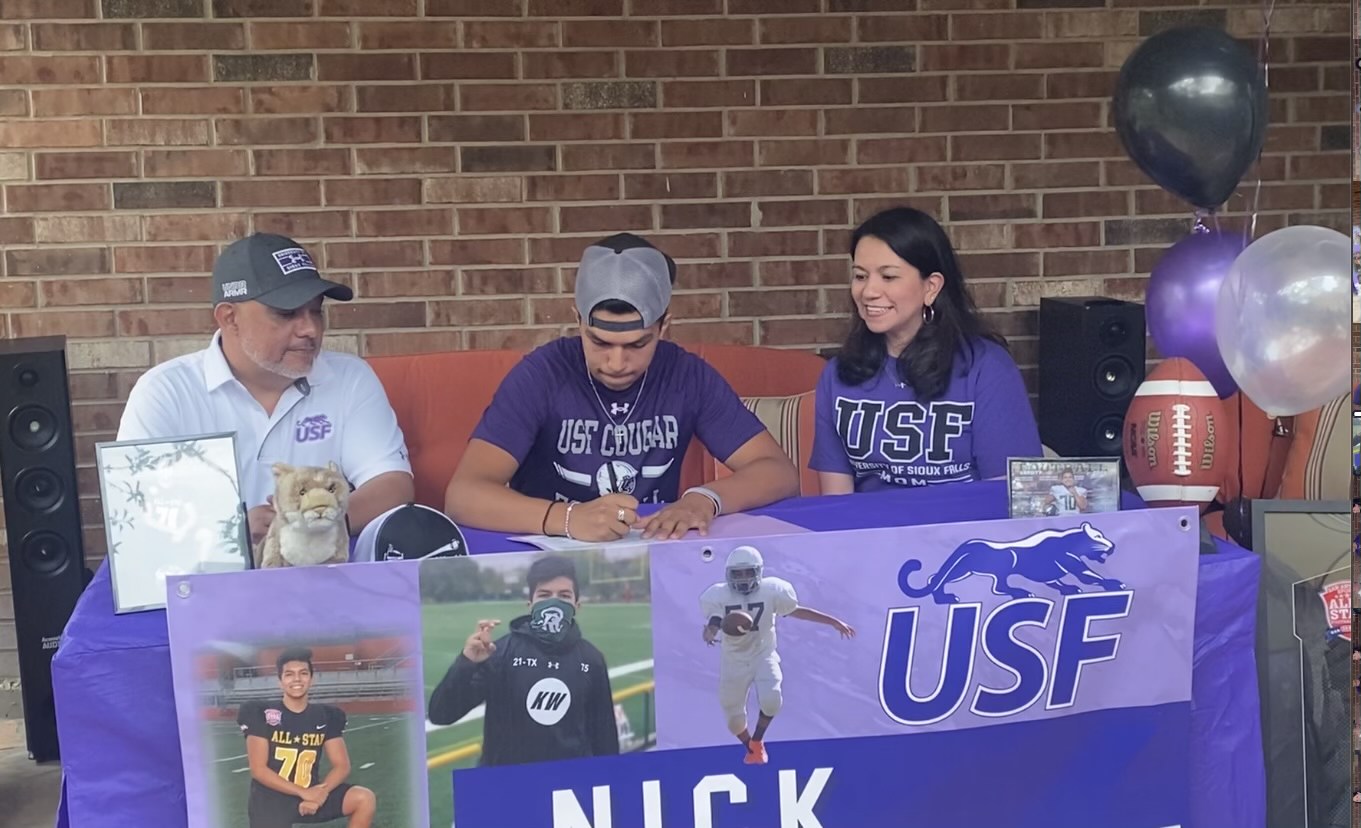 Reagan Football’s Nicholas Hernandez signed today with University of Sioux Falls (USF) as a kicker for the Cougars football team. While attending USF, Nick will be majoring in Sports Psychology.

Nicholas has been kicking for 6 years, including the past 3 years on the Rattlers Varsity Football team. In addition to being a Reagan Team Captain and serving on the team’s Leadership Committee. His top performance earned him numerous awards and recognition including:

In addition to athletics, Nicholas has also been a part of the Ronald Reagan Technical Theater class. He also served his community by volunteering for a Snow Storm relief group, the San Antonio Food Bank, Independence Hill, and the Oyster and Baby Bake during Fiesta.

We appreciate Nicholas contributions to Reagan and wish him the best as a USF Cougar!  You can follow him next year on Twitter @USFCooFootball.