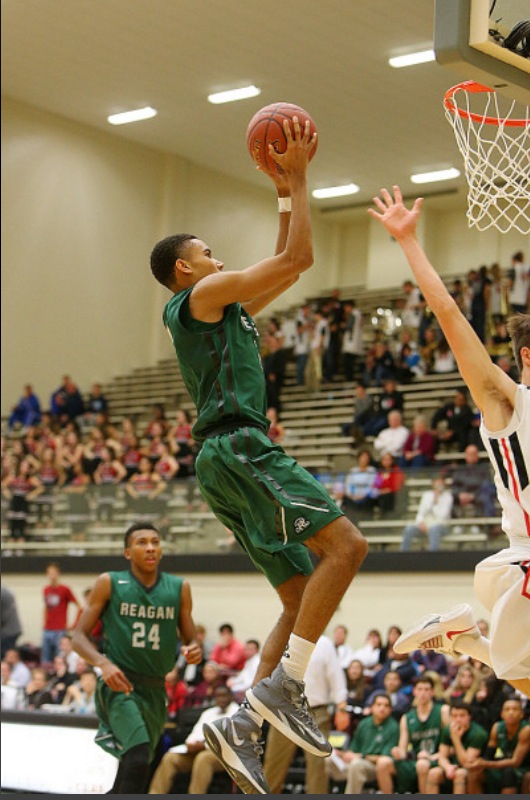 A couple of the area’s top inside players — Reagan senior forward Chuck Kendley and Churchill junior center Clevon Brown — played up to their respective heights.

But it was Reagan’s backcourt and depth that gave the Rattlers the edge in a 75-72 victory against the Chargers. Both teams were undefeated in district play coming into the contest.

“We just talk about sharing the ball, playing unselfish and playing hard. I thought for the most part, we did that.”

But Reagan senior guards Anderson Bazile and Josh Bashford had some critical buckets down the stretch and gave the Rattlers (15-5, 4-0) balance in the second half.

Reagan’s win was hanging in the balance late in the fourth quarter. Churchill (17-6, 2-1) trailed 37-31 at halftime but hung around thanks to Brown.

“I thought we didn’t get it to him enough early, but I thought he was big the whole game,” Churchill coach Brad Lacey said.

Back-to-back turnovers late gave Churchill a chance to tie the game with 5.5 seconds left. But a 3-pointer from the corner fell well short, and Kendley rebounded the ball to seal the win.

Bazile and Bashford combined for 22 of Reagan’s 38 points in the second half. Bazile also tossed Kendley a beautiful alley-oop in the first half that was matched in aesthetics by Brown when he leaped, rocked back slightly and dunked in the second quarter.

As Churchill made a run late in the fourth quarter, Reagan’s guards helped the Rattlers protect the lead and make sure that they were the only undefeated team remaining in the district.

“I think the backcourt is finally coming along,” Bazile said. “Everyone has each other’s trust. It just feels like we’re all clicking at the same time.”