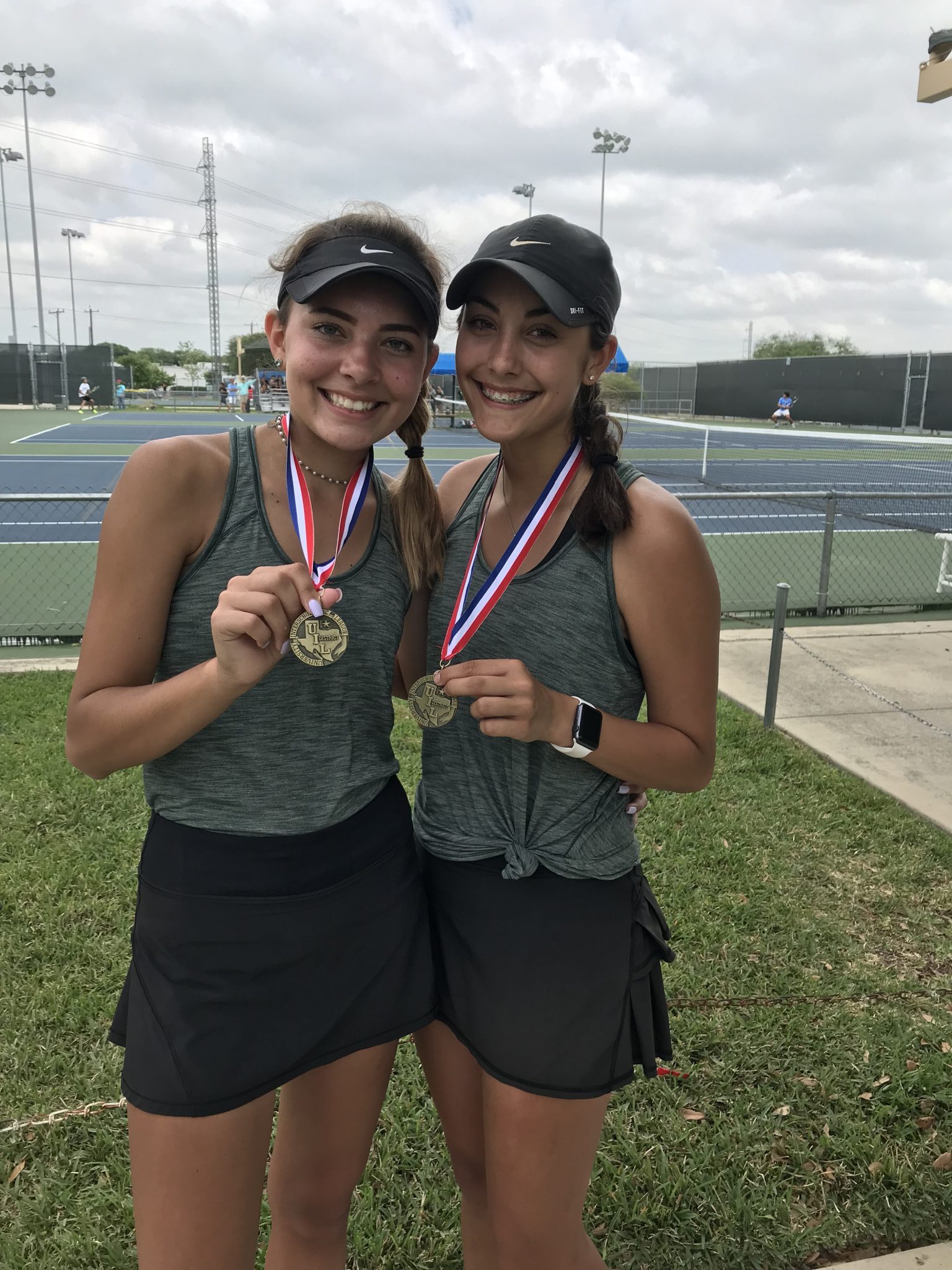 April 6, 2018 – Reagan varsity tennis had 2 doubles teams advance to regionals Friday.  The girls doubles team of Bailey Godwin and Kyndall Quiroz were the #1 seed and won the district title by beating Avery Huffman and Ally Soderdahl from Johnson high school 6-1, 6-1.  Bailey and Kyndall, who have played doubles together since they were 8 years old, made 5 finals this spring losing only 2 matches this individual season.  The boys doubles team of Matthew Fein and Felipe Morales were the #2 seed and lost to top seeded Chris Doyle and Chris McCormick from Churchill high school in the finals.   Both Reagan doubles teams advance to regionals which will played at Blossom Tennis Center on April 18-19.  The top 2 teams from regionals will advance to state.