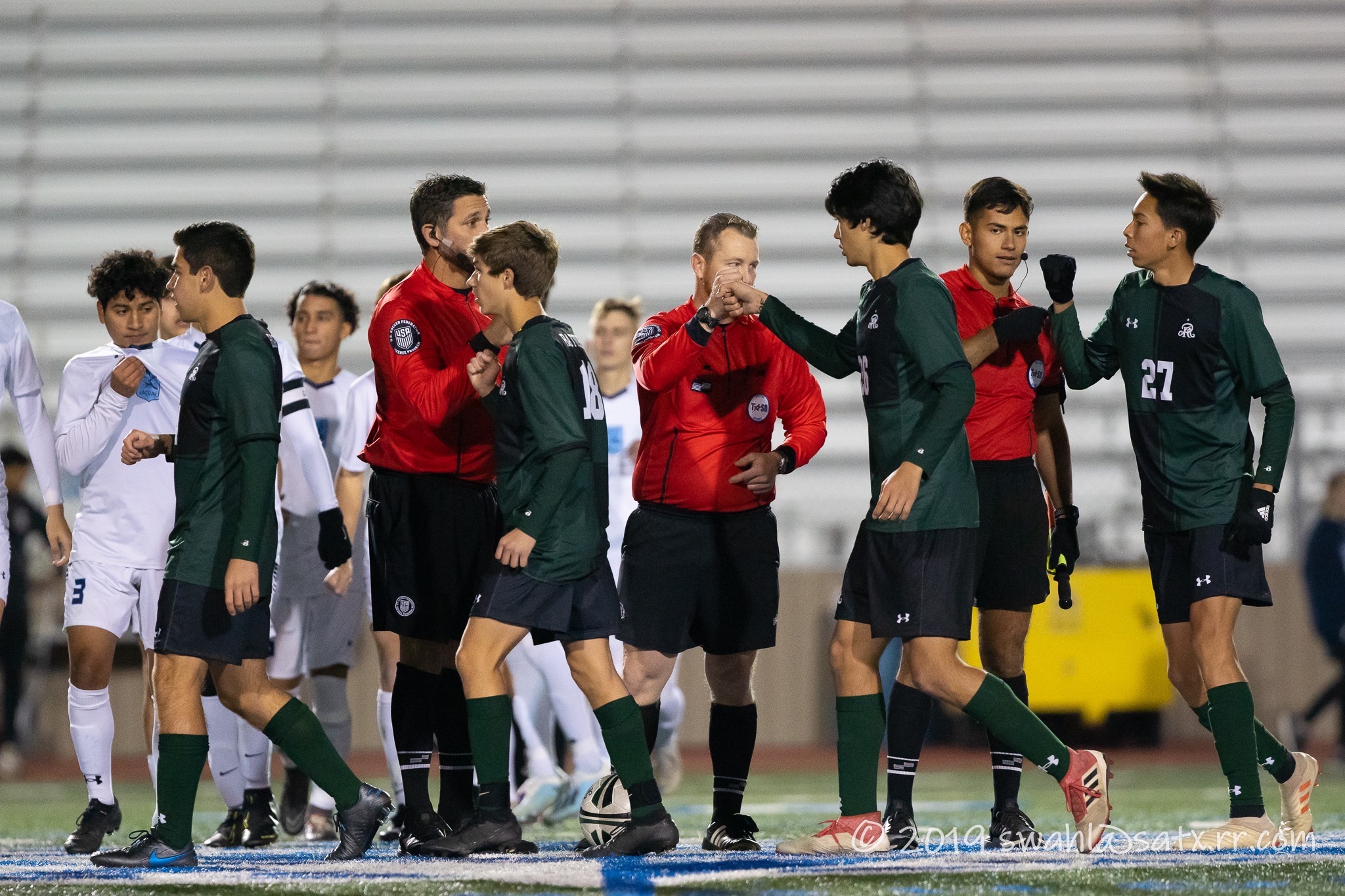 The Reagan Boys Soccer team had 2 games this past week.

First up was a tough game against a talented Churchill team. Emi Alcantara put Reagan up 1-0 early in the first half with a PK. About 2 minutes later Reagan faced a PK against them, Reagan goalkeeper Landon Sheeran came up with a huge save to keep us in the lead. Churchill got the equalizer midway thru the second half. After back and forth, the game ended in a tie 1-1.

The second game of the week was a 5-0 win against Madison. Again, Emi Alcantara put us up early within the first minute. Emi scored again later in the half with a nice feed from Christian Hernandez. In the second half we got goals from Tulio Sulbaran, Andre Huereca(PK), and Diego Martinez.

Come out and support the team. #StrikeEm